Put On For His City!! Flowking Stone Keeps Kumasi Singing And Rapping At Mamba Bash 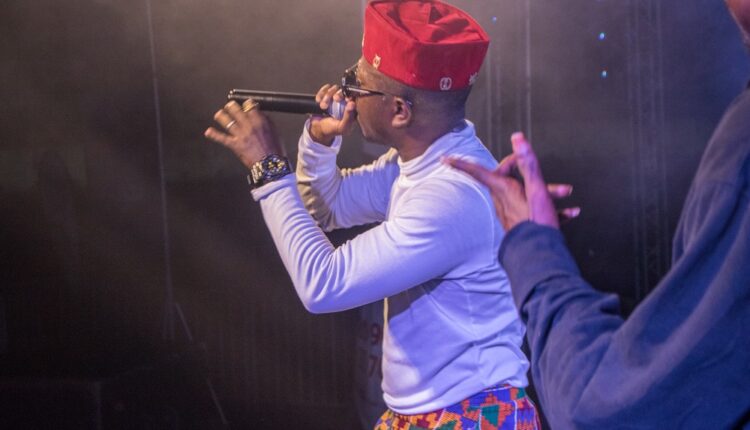 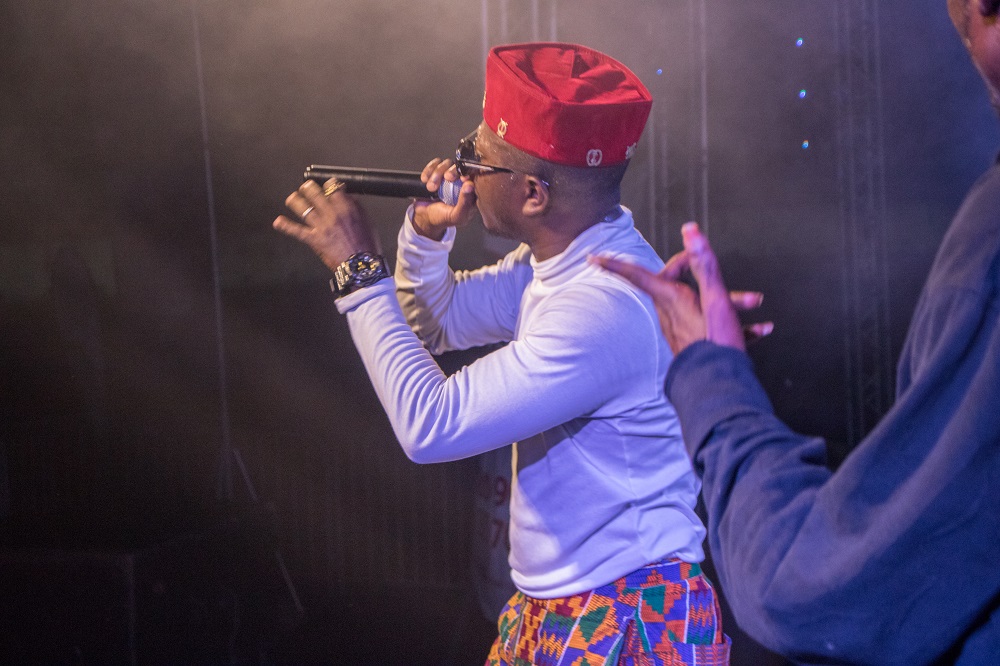 Versatile Ghanaian rap artist and Hiplife Song of the Year winner at the 18th edition of the Vodafone Ghana Music Awards, Flowking Stone kept his kingdom singing and rapping to his songs at the Baba Yara Sports Stadium on Friday night as he played host to a number of music starts including Stonebwoy, Ebony, Yaa Pono and Patapaa.

The Go Low hit maker who will stop at nothing to keep his city (Oseikrom) shining definitely came with a game plan as he set appeared unique.

With loud cheers from the thousands of fans who had long yearned to see him perform, Flowking Stone made an entry as welcoming as the Triumphant entry of Jesus Christ to the great land of Jerusalem.

Looking fly in a flower jacket and crown bearing various symbols, Flowking Stone couldn’t have kicked off any better as he started his set with his verse on popular single Ksi Boys which features Okyeame Kwame, Cabum and Strongman.

From one song to the other, Flowking Stone kept the fans singing long and rapping to his songs. 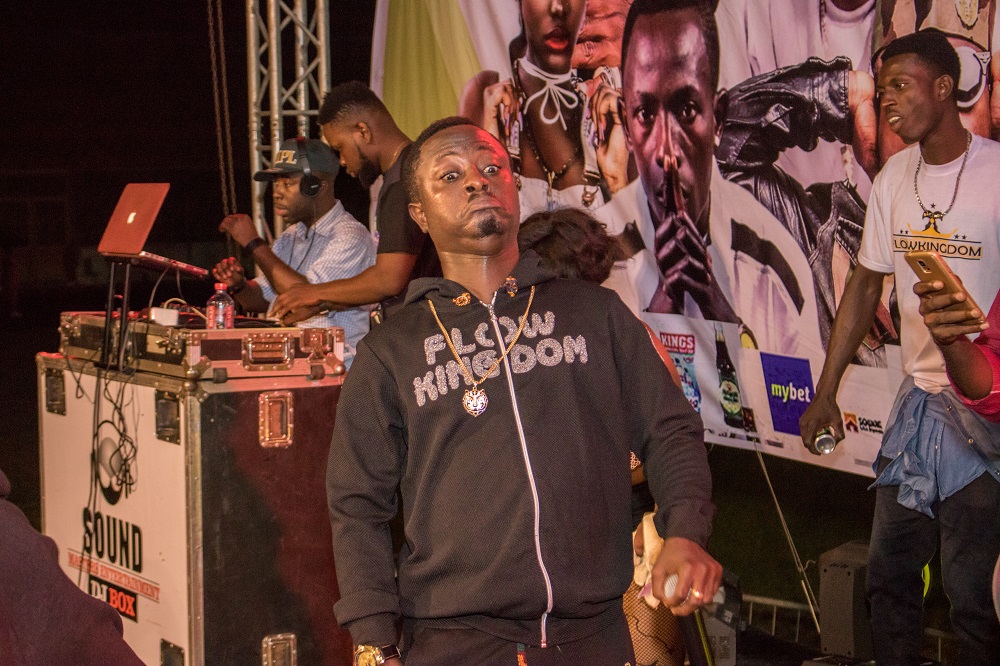 Fusing his performance with beautiful choreography and the beautiful traditional Adowa dance, Flowking Stone introduced his brother Kuntakinte as they performed a number of their songs including hit single Simple.

The duo also for the first time performed their new single My Girl.

Watch excerpts of the performance from below.