Psy Releases Sets Yet Another YouTube Record; 18 million views in a day 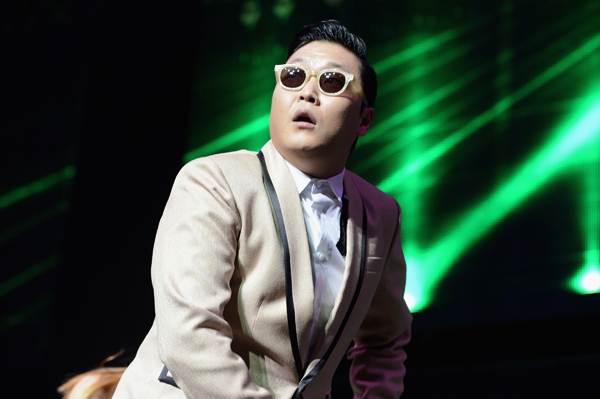 Psy has already nabbed 1.5 billion views for his colossal viral video hit “Gangnam Style,” and now he’s on his way to yet another major video smash.

The music video to his new single “Gentleman” sees Psy in familiar territory, with the K-pop king dancing like a maniac with a pack of oddballs à la Gangnam Style.” Still, despite the title, Psy is no “Gentleman” in the vid as he pulls chairs from underneath girls and snaps their bikini tops off.

A major difference for this video is the sexual twist. It comes halfway through when Psy meets his female co-star, Ga In, a K-pop solo singer and member of popular group Brown Eyed Girls. She catches Psy’s eye dressed in a body-hugging football outfit and before you know it, the two are suggestively slurping noodles at an intimate dinner.

If you want to look like a K-pop aficionado in front of your friends, take this little fact: The sexually-charged hip-swinging choreography from “Gentleman” is actually an homage to Brown Eyed Girls’ 2009 vid “Abracadabra.”

Now, if anyone thought Psy’s next video would be a dud, well, YouTube views say otherwise. According a press release from his U.S. label, the video for “Gentleman” has broken the record for “most views in a day” on a video’s first day of release. It was premiered early Saturday morning in America and in less than 24 hours earned 18.9 million views.