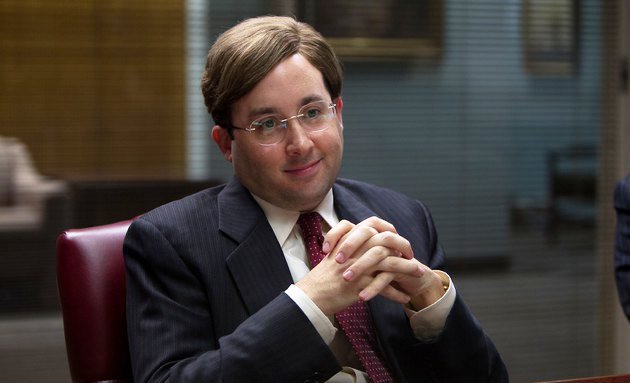 Andrew Greene files lawsuit against Paramount Pictures, the producers of “The Wolf of Wall Street”, and director Martin Scorsese. The former executive at Jordan Belfort’s now-defunct Long Island brokerage firm, Stratton Oakmont, is seeking $25 million in a defamation suit and asking that the movie be removed from theaters.

In his legal complaint filed in the U.S. District Court in the Eastern District of New York, Greene believes the toupee-wearing character Nicky “Rugrat” Koskoff played by P.J. Byrne in the hedonistic black comedy is based on him. In real-life, the lawyer is nicknamed “Wigman” because he often wears a hairpiece like Rugrat.

The plaintiff claims the portrayal of Rugrat as a drug user in the film has spoiled his reputation due to their likeliness. The lawyer, who was never arrested in connection to Belford’s case, says he never gave filmmakers his consent to use his likeliness, and complains that he is unfairly portrayed as a depraved criminal in the film.

Based on Belfort’s 2007 memoir, “The Wolf of Wall Street” is led by Leonardo DiCaprio as the conman/manipulator. Supported by Jonah Hill, Margot Robbie, and Matthew McConaughey, it is nominated for five Academy Awards, including Best Director for Scorsese, Best Actor for DiCaprio, and Best Picture.

I remain the best rapper – Tinny