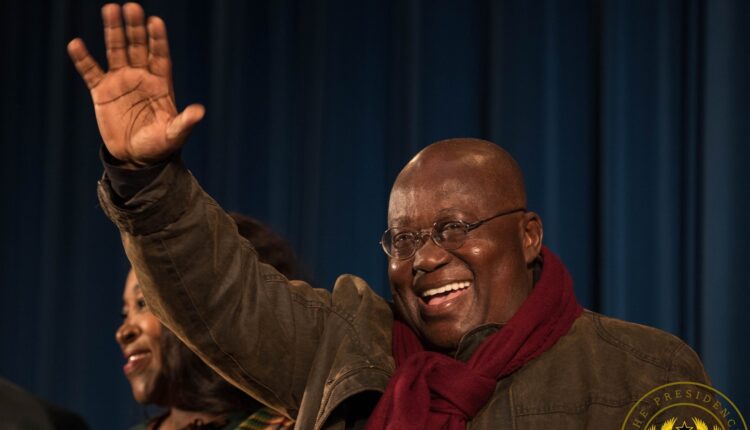 President Nana Addo Dankwa Akufo-Addo has promised the Musicians Union of Ghana (MUSIGA) a new national headquarters by the end of the year.

President Akufo-Addo announced this at the sixth MUSIGA Presidential Grand Ball at the Accra International Conference Centre on Sunday night.

According to the President, he has instructed the Minister of Works and Housing to relocate the office of Union following the commencement of the Marine Drive Project.

President Akufo-Addo spoke about some of the initiatives by his government to develop the creative arts in Ghana such as the work being done leading to the passage of the Creative Arts Bill which will involve the establishment of a creative arts fund to assist in the work of creative arts practitioners.

The MUSIGA President, Bice Osei Kuffour aka Obour called on corporate Ghana to continue to support the Union in its efforts to improve the lot of the ageing musicians in the country which was his vision eight years ago when he sought to become the MUSIGA President.

Obour also called on President Akufo-Addo to reintroduce music education at the basic level because of its potential to improve musicianship in Ghana and also its pedagogical benefits.

There were amazing performances by Patience Nyarko, Adina, Tic Tac and Samini who had the President dancing to his hit song Linda. Other performances were by Bob Pinodo, Asabea Cropper, Naa Amanua, Pat Thomas and Daddy Lumba who invited the Maestro Kojo Antwi on stage.

“Internet Fraud Is Hurting Us More Than It Is Helping Us” – M.I. Abaga Supports Simi