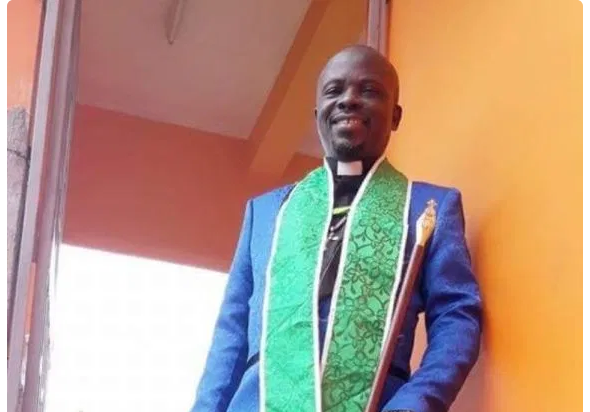 Barely 24 hours after videos of a drunk  Pastor Emmanuel Kwaku Apraku popularly known as ‘Apraku my daughter’ surfaced on social media, reports suggest the once popular personality is dead.

The news of his death was made known by Reverend Kumchacha who is currently present at the location of his demise.

He is said to have died in his room. It is unknown when exactly he passed away.

As of the time of this publication, Kofi TV was live at the premise as they await the police to carry the body.

Few weeks ago,  he rebuffed reports that suggested he was dead