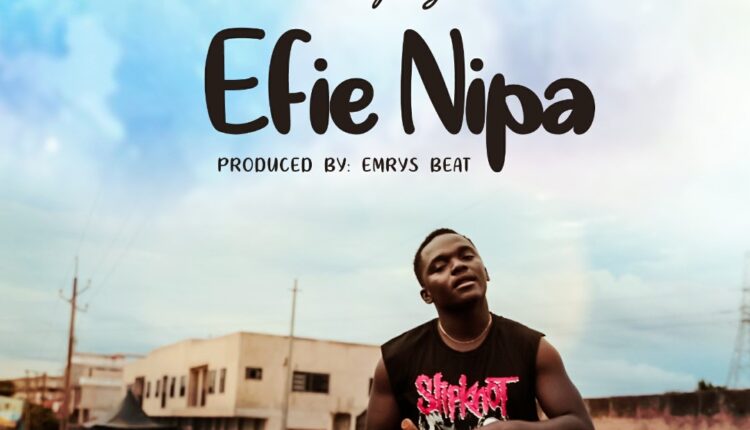 To celebrate his birthday for the year 2020, music sensation, Phrimpong, showers his audience with new music and a gift of versatility.

Titled “Efie Nnipa” is a test of the known rapper singing prowess after proving his mettle as a force to reckon within the game of rap.

The song is clinched to the Akan proverb “Aboa bi bɛka wo a, na ofiri wo ntoma mu”, to wit, your closest acquaintance is your worst adversary.

“Efie Nnipa”, a very relatable sequence of life events sees the soft side of the rapper, full of emotions in his narrative of the afflictions influenced by allies.

The song is another Emrys Beatz produced classic with the music video directed by Berlucci.