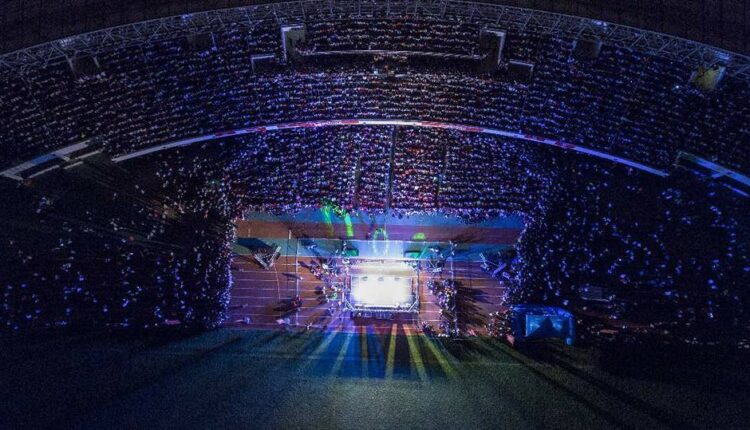 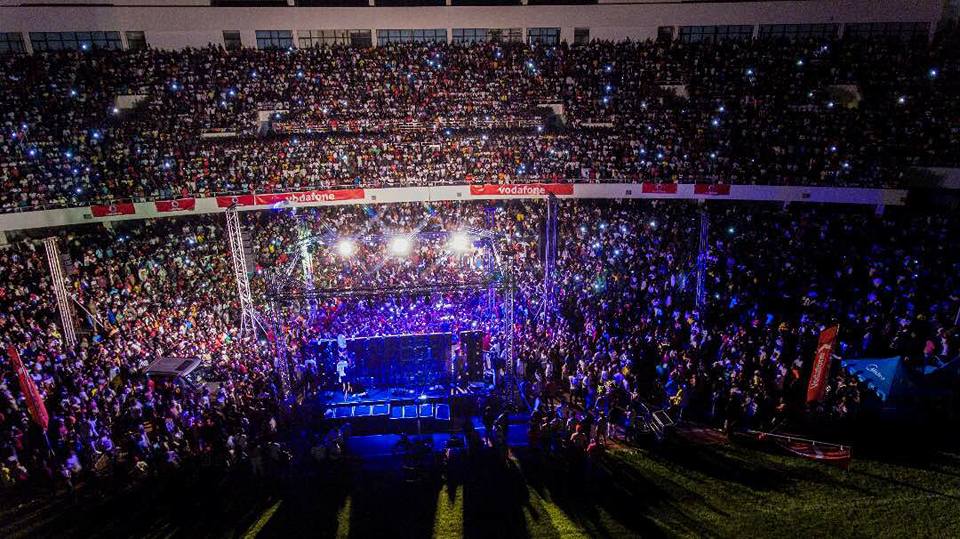 Attracting huge numbers to his musical concerts is perhaps not a big thing for him anymore as he has on multiple occasions defied odds, broken barriers and taken territories with his music.

The much awaited Sallafest held at the Tamale Sports Stadium was no different as the new artist of the year winner at the 2016 Vodafone Ghana Music Awards, Fancy Gadam, together with BET Award winner Sarkodie pulled a mammoth crowd on Saturday night leading to early Sunday morning. 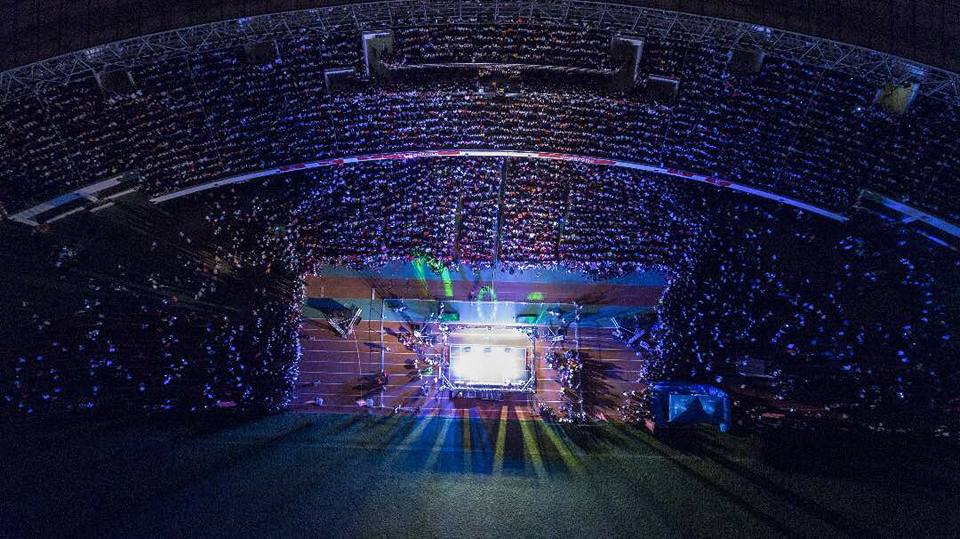 Prior to the show, the artists and their management embarked on a street float which saw huge numbers following them with their cars and motorbikes. 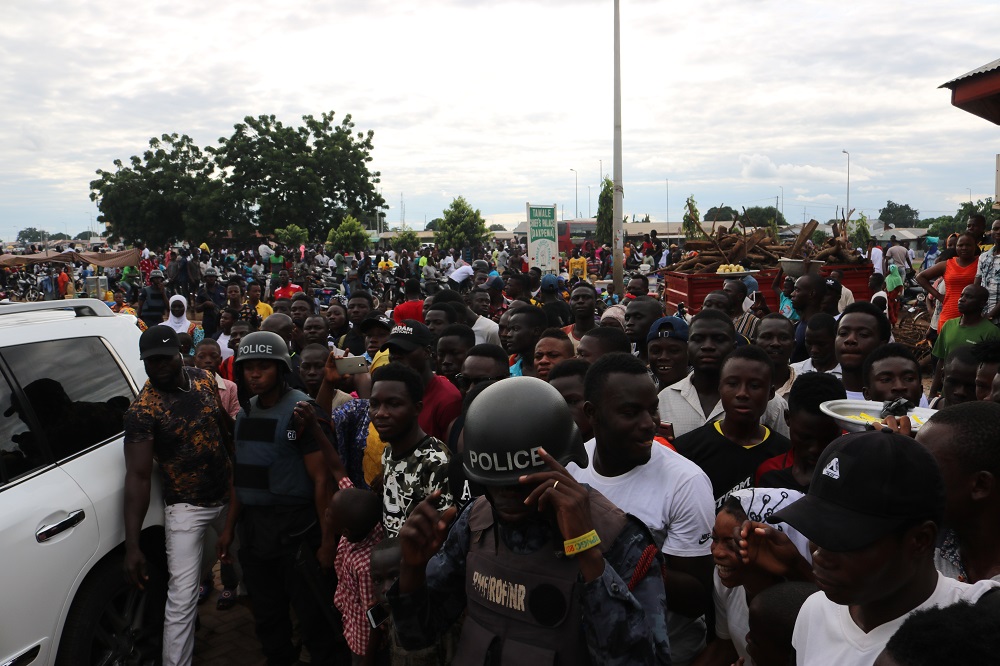 They were later ushered into the palace of the Tamale chief where after a short meeting were blessed to have a successful show. Just as scheduled, the show started at 8pm with a number of upcoming artists who delivered exquisitely fantastic. Some of the performers included Kofi Korea, SKY De Tamale boy and many others.

Sarkodie stunned the crowd with over 45 minutes dropping back to back hit songs that got the crowd singing along. He then ushered in Fancy Gadam as they performed they major hit collaboration Total Cheat.

The energy was simply amazing at the introduction of Fancy Gadam and his fans were present in their numbers. 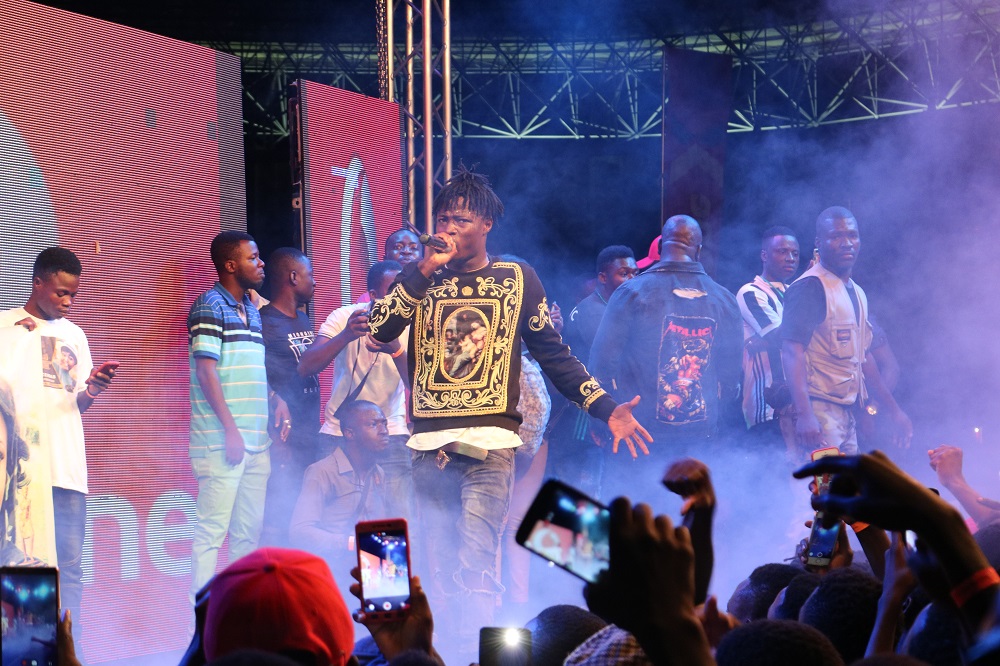 The fans sang along to all his songs till about 3:40AM when he wrapped up his performance again with Total Cheat, this time, performing it alone.

One of the highlights of the night was when Sarkodie sang Fancy Gadam’s portion of the song which got him an rousing response from the crowd who seemed to appreciate his effort at learning the language.

Not only did patrons have their monies worth, some also won gift items including motorbikes, mobile phones and free drinks from sponsors including Vodafone, Kasapreko and Midea.

Watch Fancy Gadam and Sarkodie perform Total Cheat together for the very first time ever.

Yaw TOG Is ‘BET Amplified International’ Artist of The…

Kuami Eugene Describes Critics Of His Attire During Range Rover…