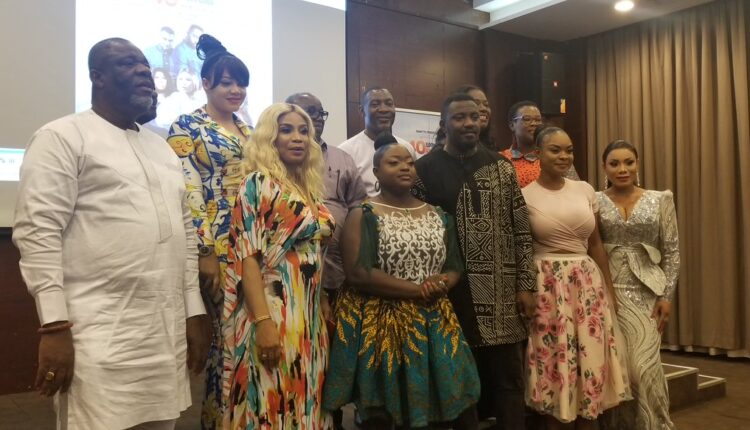 Ahead of the official premiere of the much anticipated Pascal Amanfo directed star studded movie 40 Looks Good On You at the WestHills Mall and Silverbird Cinemas on Friday June 21, 2019, a special screening of the movie has held .

Synopsis of 40 Looks Good On You

Five (5) female friends who meet at the University make a pact to meet at age forty (40). This pact seems to get them to compete among themselves as each wishes to be more succesful before they meet but as life has it, things might not turn as they want.

It’s now time to meet but how succesful are they? Would they lie to make each other believe they are indeed succesful and rich? How about the men in their lives? Would they make life any better for them?

40 Looks Good On You is a Smarttys Production which premieres at the West Hills Mall and Silverbird Cinemas on Friday June 21, 2019.

Mr. Loverman @johndumelo1 and wife at the official screening of #40LooksGoodOnYou If you get yours 🤩🤩🤩 Movie premieres on June 21, 2019. Tickets are selling for only GHC50 Call 0302766419 for ticket delivery Ticket Outlets Silverbird Accra Silverbird WestHill TV3 Airport Shell Baatsona Total