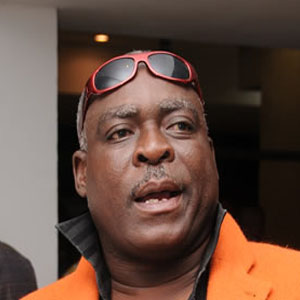 Among the guests, one name almost everyone looked out for was actor Kofi Adjorlolo who was no where near the event grounds.

Contrary to speculations and reports that suggest the Ghanaian actor Kofi Adjorlolo missed out on Victoria Lebene’s wedding because he was embittered, Ghana’s Hub For Pop Culture & Urban Entertainment News – www.nydjlive.com has a different twist.

Reliable information available to us indicate the actor was busy on set in Kumasi with other stars including Kalybos, Bill Asamoah, Tracy Boakye and many others for a new movie under Shakira Productions, Baby Mama.

Again, we gather the actor was not aware of the said wedding since it had been kept low key.

A day before the Lebene’s wedding, Kofi Adjorlolo had appeared at a press launch of Baby Mama in Kumasi where he expressed his excitement at working with some of the new talents in the movie industry.

In a related development, Ghanaian broadcaster Gilbert Aggrey popularly known as Abeiku Santana has debunked reports that suggested Kofi Adjorlolo was engaged in an amorous relationship. He revealed it was planned hype intended to help put actress Victoria Lebene in the limelight.

Nipsey Hussle to Be Honored Humanitarian Award at 2019 BET Awards