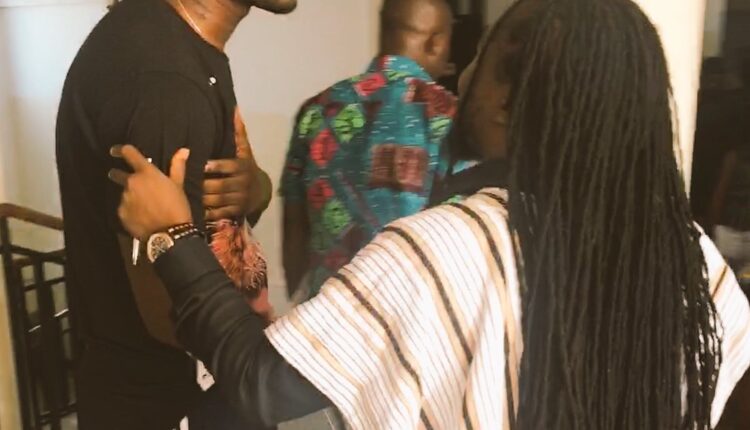 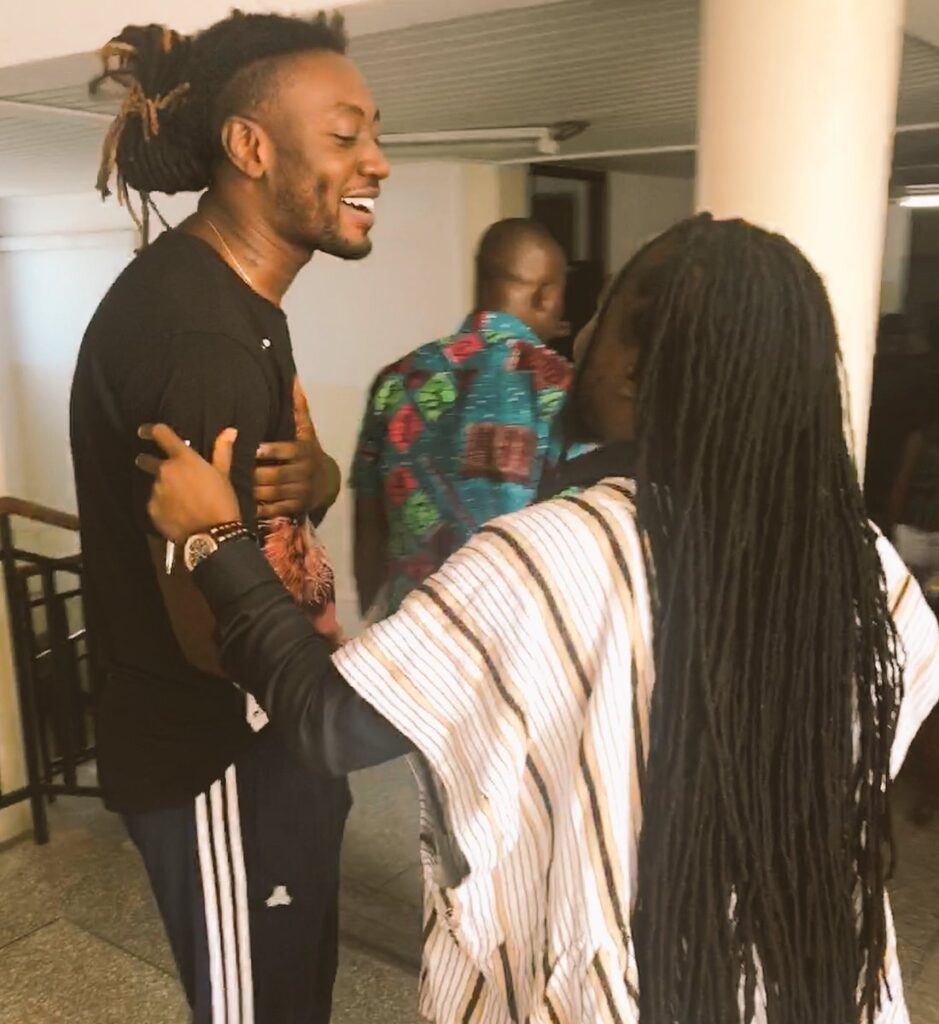 Days after reports went viral that Ghanaian musician Pappy Kojo had aired his disappointment at music legend Obrafour for “ditching” him after an agreement to perform together at the Vodafone Ghana Music Awards, there is a development.

Yes, the Ay3 Late hit maker has finally met his mentor and the great news is that he got to perform with him in the presence of the family of the first president of Ghana, Dr. Kwame Nkrumah.

Not only did he just perform with Obrafour, they performed Kwame Nkrumah, one of the biggest songs on Obrafour’s debut album Pae Mu Ka which was released exactly 18 years ago on September 21, the same date on which Dr. Kwame Nkrumah was born.

Pappy Kojo shared his excitement on Twitter revealing the feeling was good enough to prevent him from watching any person’s snap for a month.

Pappy Kojo is said to have stated that;

“I am a little bit upset with Obrafour [but] I have kept quiet for so long but I have to say it,” the rapper, born Jason Gaisie, said.

“Obrafour has been ignoring me for a while, he doesn’t pick my calls, he doesn’t reply my text messages, [and] I don’t understand why Obrafour is doing that.

“I want to understand what is going on, because you are like [an idol] to me, you are the reason why I am doing what I am doing,” he said.