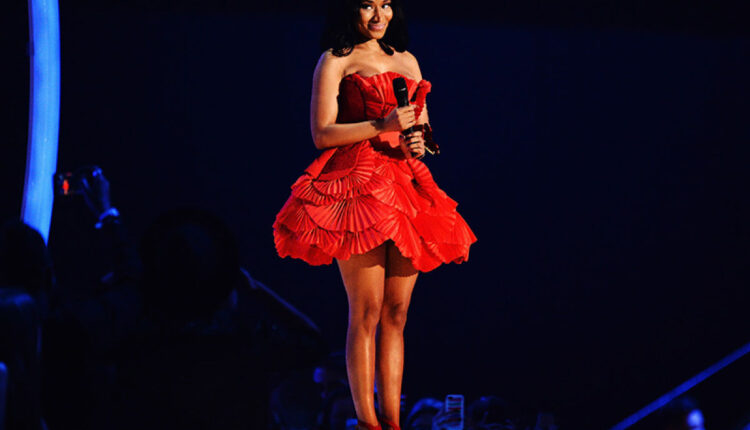 Nicki Minaj switched up her game by adding “host” to her many accolades as he amazingly hosted the 2014MTV EMA in Glasgow, Scotland.

In a bid to break the record as the most dresses worn by a host, Nicki changed her out fit 10 times and Oh My God!! You gotta love this girl.

She let a lot of patrons and viewers like myself plenty to gawk at when she debuted “Anaconda” at the VMAs in August, so when she hit the stage for her headlining set at the 2014 MTV EMA in Glasgow, Scotland, on Sunday, Nov. 9, she indeed upped the ante a bit.

She also debuted a new single titled “Bed of Lies”

Watch her performance from below.

No Ghanaian!! BBC African Footballer of the Year 2014 shortlist revealed