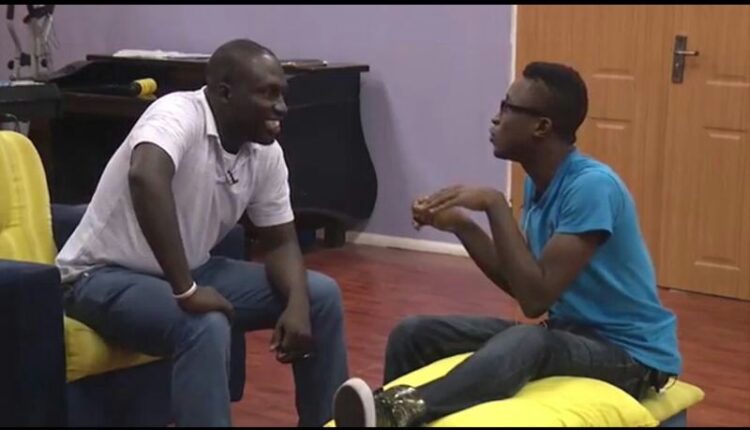 Benjamin Yamoah who left the shores of Ghana on Thursday was chauffeured on arrival to the house which hosted the eight final contestants for this year’s event in Nigeria where he had a heartfelt chat with Clement .

Sight of the on air personality was a big surprise and heartwarming to Clement who had for the past weeks wowed audience from across the West African countries despite a slight injury in the knee. His performances have attracted positive comments from across the continent with the highest point being a tweet by Michael Bolton to congratulate him after he performed his hit single “Back on My Feet” in the competition.

Filled with so much emotions, Clement expressed his appreciation to all across the continent who have solidly stood behind him despite the challenge he had gone through and asked fans to vote for him to emerge winner as the ultimate winner would be decided solely by votes.

Clement completed Opoku Ware Senior High School in Kumasi this year and was chosen to represent Ghana after an impressive performance at the Miklin Hotel in Kumasi which got all three judges Akosua Agyapong, Collins T and Bebe Brew.

Clement was first discovered by the Kumasi based Kapital Radio after the station had received his cover of John Legend’s “All of me” and had made it to the station’s playlist A. The song was most often requested over the original version done by John Legend.

Pay Attention!! “I made half a million from ‘Million Pound Girl”