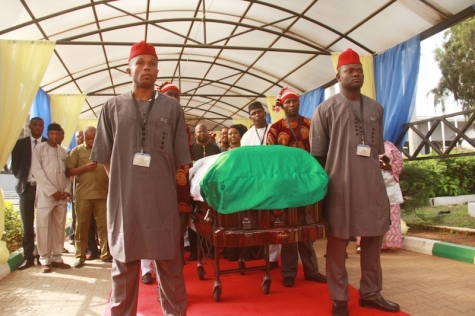 The body of late literary icon, Prof. Chinua Achebe arrived Nnamdi Azikiwe International airport Abuja, earlier today May 21, where it was received by government officials. His body was then flown to Enugu aboard a private plne en-route his hometown, Ogidi, Anambra state, where it was received by Achebe’s elder brother, Chief Augustine Achebe, other family members and state govt officials.

He will be buried Thursday May 23.