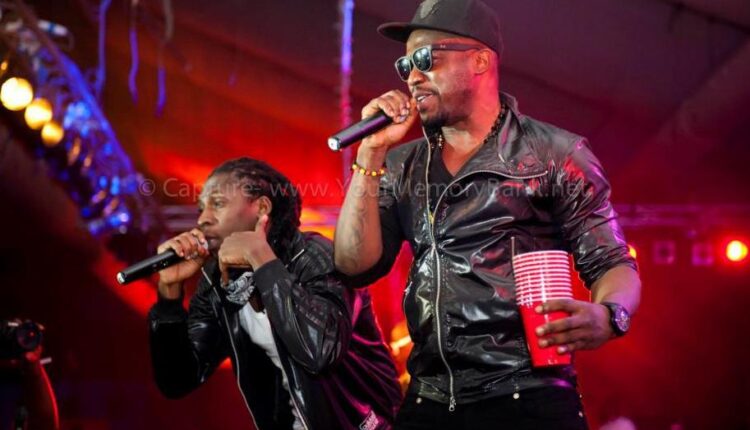 With the highest number of nominations at the2013 Vodafone Ghana Awards and a nomination in the Best International Act Africa category in the 2013 BET Awards, any artist on the African continent would wish to be in the shoes of the dynamic Afrobeats, hiphop and dancehall group Refuse to be Broke otherwise known as R2Bees.

CEO of Refuse to be Broke Records and half of the group R2Bees, Paedae in a recent interview with NY DJ on Homestretch on Kapital Radio was thankful of the several nominations at the Ghana Music Awards, the BET nomination and on top of all the unflinching support shown by Ghanaians and the world at large.

Speaking on how the group received the news on the BET nomination, he said,

My manager actually called me and told me. I later saw it on Twitter and trust me that was pretty cool and that is a clear case of our belief that if you are genuine and confident about what you do, you will really go far.

Asked of his expectations at the Ghana Music Awards, Paedae disclosed the group was not expecting so much but believed they would definitely pick up an award.

Our expectation on the awards night is the same as our life expectations. They say you always expect a little that’s when you are never disappointed. We are trying not to raise our hopes so high.

As to which award the group would love to pick given the chance, Paedae who was a bit hesitant after persuasion said,

I know you are thinking of Artist of the year, lol but we would love to win hiphop song of the year since Bayla Trap was the hiphop song which did really well since the Azonto era.