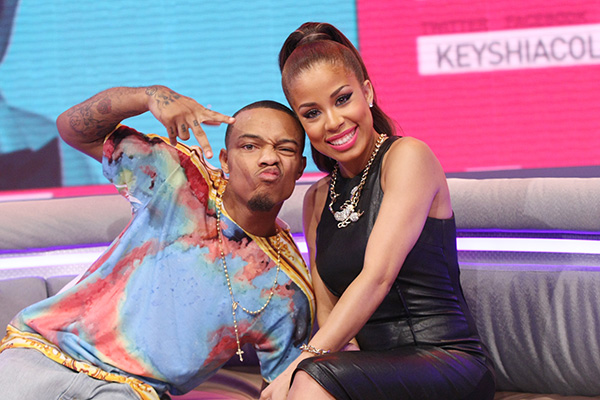 For great lovers of BET’s musical countdown show, this would really be disappointing as after 14 years on the air, “106 & Park” is going dark.

Bow Wow and Keshia Chanté will host the final daily on-air show on December 19, it was announced today.

However, there are still plans to produce “106 & Park” specials throughout the year, including the annual New Year’s Eve show, “106 & Party,” along with live event experiences at the BET Awards and BET Experience.

The long-running show launched in 2000 with hosts Free and AJ and in 2006 welcomed Terrence J and Rocsi Diaz. It featured some of the biggest stars in music, movies, television, and sports including Beyoncé, Madonna, Tom Cruise, and even First Lady Michelle Obama.

“We have pride in being involved with the show that has welcomed almost every movie star, music superstar, and fresh-faced talent you can name,” said Stephen Hill, BET’s President of Music Programming and Specials. “We’ve all laughed with and been entertained by the young men and women hosts that have charmed us at 6 p.m. (and more recently 5 p.m.) each weekday.”

But it’s not the end of the road. In 2015, BET plans to take the show digital via BET.com and its social media platforms.

“We’d like to humbly thank the ‘livest audience,’ both in studio and at home, who fueled this landmark TV show from the very beginning,” said Hill. “Meet you in the digital domain.”