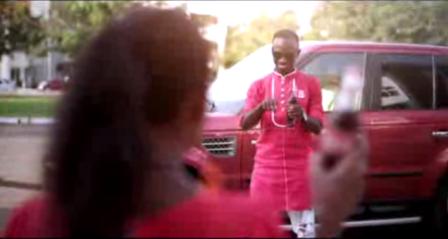 Looking forward to something big after his 2012 Versatile Show, which according to pundits and entertainment news sites was the biggest to have hit Ghana, Okyeame Kwame takes his versatility to another level by conceptualizing and producing a Coca Cola commercial.

Coca Cola, over the years is known for bringing out artistic and high profile commercials. So if you are asking why Okyeame Kwame, the answer is simple; he is versatile.

Having been looking for something very interesting to watch on the internet, I stumbled upon the Coca Cola advert and was impressed. Okyeame Kwame played the main role and takes the viewer into an exciting atmosphere with some Azonto dance and some handshakes among a group of youth who cannot get more of the energy derived from drinking Coca Cola.

It begins with the handshake and is filled with some suspense that I want you to uncover. Waiting any longer?

Battle of Cleavages at AMVCA. Who has the best?