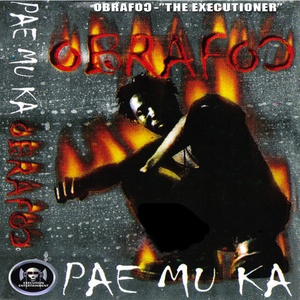 In a country where virtually no statistics can be gathered on album sales, downloads and so many others, it is so difficult to judge which artist is making most sales and that is situation Ghana finds itself as Obrafour’s debut album “Pae Mu Ka” is under serious disputes as holding the title of the best hiplife Album ever amongst many pundits.

The topic which has been discussed by many Ghanaian entertainment pundits and writers recently resurfaced on social networking site Facebook as many identifiable faces and known voices expressed their opinions.

According to Nana Yaw of Nanayaw18.com, Obrafour’s album is yet to be dethroned as the best hiplife album ever citing the “life span and composition” and the tracks’ relevance till date which was almost immediately contended by Ebenezer Anangfio of Ghanagist.com who wrote;

We all listen to those songs but what makes you think its everyone’s favourite? Yes i enjoy those songs but the problem with us is that, when we like something we assume everyone must or likes it.

i am not speaking for myself…. i am saying majority because i have on record majority of even old folks who still use the Obrafour album back then as a measure when a now Hip life artiste releases a song. Lets be real here, how many hip life albums apart from Reggie’s Makaa Makaa and Obrafour’s album sold. Go to opare square eben, you will understand me. All the songs from Obrafour on that album have longevity … check and you better stop joking.

In my humble opinion i believe pae mu ka is still the best till date.

Well, let the argument begin. Which hiplife album in your opinion is the best till date and on what basis do we even adjudge an album as the best ever in Ghana?

Majid Michel, Omotola and Others for Nollywood and African Film Critics’ Awards