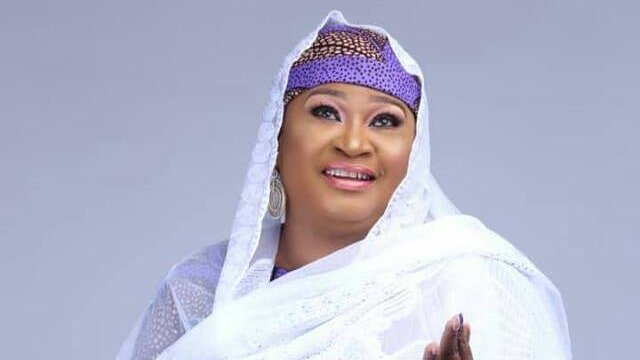 The news of her death was confirmed by her son, Olatunji on Saturday.

According to him, his mother died on Friday night around 10 pm.

“She passed last night around 10 pm. She had malaria and typhoid,” Olatunji said.

Born on May 23, 1957; the delectable actress began her career in 1993. Her first movie was the blockbuster, Onome, while her debut movie in the Yoruba speaking sector of the film industry was Owo Blow.

Oniga featured in scores of Nollywood movies —both English and Yoruba— before her demise.

Over the years, Oniga has featured in notable Nigerian films such as “Sango”, Wale Adenuga’s television series, ‘Super story”, “Doctor Bello”, “30 Days in Atlanta”, “The Royal Hibiscus Hotel”, “The Wedding Party”, and “My Village People”.

The 64-year-old actress used to work for a European engineering consultancy firm with its regional head office in Nigeria.

In a related development, the family of the late Rachel Oniga has denied reports that suggest the actress died of covid-19 complications.

In a statement posted to her Instagram, the family explained Rachel Oniga died of a heart-related issue.

Read the statement below.