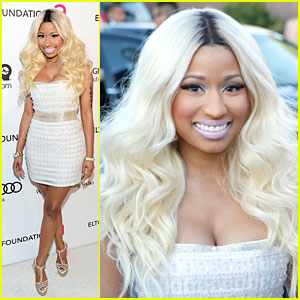 Hip-hop queen Nicki Minaj totally blew a fuse when a TMZ reporter asked her about rapper Ransom’s insinuations that he had ghostwritten some of her hits. The rapstress unloaded a series of bleeped out invective against the “Man Alone” singer who wrote in his recently released tune that “before Nicki was wearing those crazy wigs, I was doing verses for her, just hoping she made it big.”

“What? I rap better than him. Is he crazy? I’m not even a man and n***as got my d*** in their mouth!” an insulted Minaj responded in disbelief that someone would make such suggestive remarks on someone like her who’s “undisputed.” “I don’t need to muthaf***in’ ghostwriter, so if you telling that lie, you must be real f***in’ desperate and you still ain’t gon’ pop.”

Minaj did not stop defending herself but also slammed the New Jersey-based MC’s own rap skills, saying she could hold her own against him. “How a wack n**** gon’ write my s***? I haven’t even heard about that in the last five years. I slaughter these n****s! Period!”

But if it were according to Ransom, the rapper said his lyrics in “Man Alone” were not meant to take anything away from Minaj, tweeting, “As far as I know she writes her own [lyrics].” Before this he took a shot at Slaughterhouse rapper Joe Budden in his “Open Letter” freestyle but it did not get a reaction as impassioned as that of Minaj.

Feature: I Say Without Apology, Delay is A Big Fat Liar!!

I Don’t Know How To Make Bad Songs – Hammer