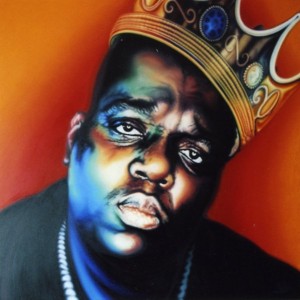 After representing the borough of Brooklyn to the fullest during his reign in rap, a fan is petitioning for a King’s County street to be renamed after the late, great MC.

Considering that much of Biggie Smalls interwove Brooklyn into the fold of many of his intricate tales, it would only be fitting to commemorate the prolific artist. Doing so would also be a way for a neighborhood that’s very fabric continues to change due to gentrification.

Case in point, B.I.G.’s childhood home at at 226 St. James Place has been renovated into a lavish condominium that listed for $725,000 earlier this year.

Only 178 more signatures are needed.

Fuse ODG, Atumpan and others Nominated for MOBO Awards