Naughty By Nature To Hit The Shores of Ghana Soon 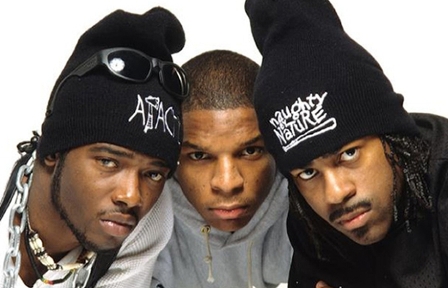 Legendary American hiphop group, Naughty By Nature will be in Ghana as headline act for this year’s ‘Back In The Day’ concert. The annual concert which started last year, powered by Empire Entertainment, reminisces some of the 1990s great artistes and tunes. It affords Ghanaians a unique opportunity to relive the glorious days of a young but vibrant hiplife music genre.

Last year’s event witnessed some of the biggest names in Ghanaian music in the 1990s, including Obrafour, VIP, Sony Achiba, Ex-Doe, and T-Blaze, mounting the stage to give off performances music lovers had missed for years.

The concert is set to take place in grand style with the announcement that Grammy award winning trio, Naughty By Nature will be headlining the show.

CEO of Empire Entertainment, Kwabena Anokye Adisi, also known as Bola Ray, confirmed exclusively to Myjoyonline.com Saturday morning that his outfit has “signed and sealed” a deal to have the group perform in Ghana at the event.

This year’s event, he noted, will come off on December 6 at the Accra International Conference Centre (AICC) and “Ghanaians should expect the biggest 1990s music showdown ever.”

Naughty By Nature is known to be one of the few hip hop acts who were able to balance success on the pop charts with hardcore credibility.

Empire Entertainment, Bola Ray noted, will soon make public the full list of artistes who will be performing alongside Naughty By Nature at the concert.