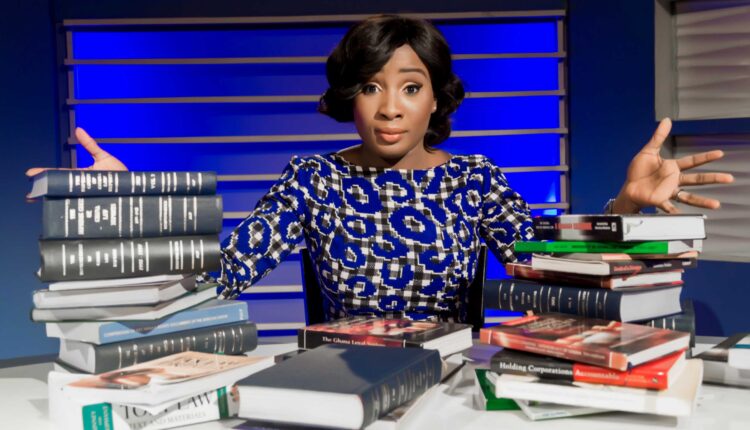 Accra, 2 JULY, 2015 – NAA Ashorkor Mensah-Doku, an award-winning actress, television presenter, radio presenter and one of Ghana’s leading screen goddesses is set to comes to our homes with another blockbuster television show from this Sunday July 5th 2015.

The former TV Africa presenter and current host of “Tales from the Powder Room” (GhOne TV), “Guess Who is Coming to Dinner” (GhOne TV) as well as host of “The Zone” on Starr FM will from this Sunday host a new law-based television show on Viasat 1 TV. The programme is titled “Just The Law” and it will air between 8pm and 9pm on Sundays.

According to the producers, “Just The Law” is a one-hour television show that aims at demystifying the law and in the process making the audience appreciate the law and to know where to turn when they find themselves entangled with the law.

““Just The Law” maybe a programme that would educate viewers about the law, however it is a show produced to discuss the law in a light-hearted and exciting way. The program seeks to engage and interact with the public about all aspects of the law with both lay people and legal experts joining Naa Ashorkor for the purpose,” a statement from the producers of the show Content Vault said.

The show premieres on Sunday 5th July at 8pm and for the next thirteen weeks, Naa Ashorkor and her guests, made up of a lawyer and two other lay people, will help to dissect the law and help to enlighten and offer legal advice to the public.

“Many people know the existence of some laws but do not know how it applies to them, others also do not know the existence of certain laws and how they could find themselves in trouble with them. It is in view of this that the show was built to inform, educate, engage and entertain the audience in a manner that most other law-based shows would not,” the statement said.

Besides the main discussion with her guests, Naa Ashorkor’s show will have segments like Pro Bono where the lawyer will give a free legal advice on a viewer’s question, Legal Maxims where the show would educate the public on the meaning of some of the sayings associated with the law amongst others.

“Just The Law” is an original concept of April Communications a Marketing and communications firm in Accra and produced by Content Vault.

Make a date with Naa Ashorkor and her guests this and every Sunday at 8pm on Viasat1 TV and see what you can learn from this captivating show simply referred to as “Just The Law”. You can also follow the social media handles for more information as follows:

More promo shots from below.