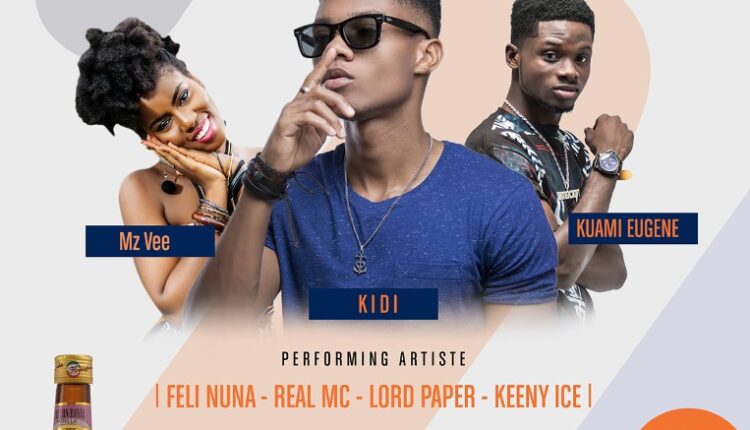 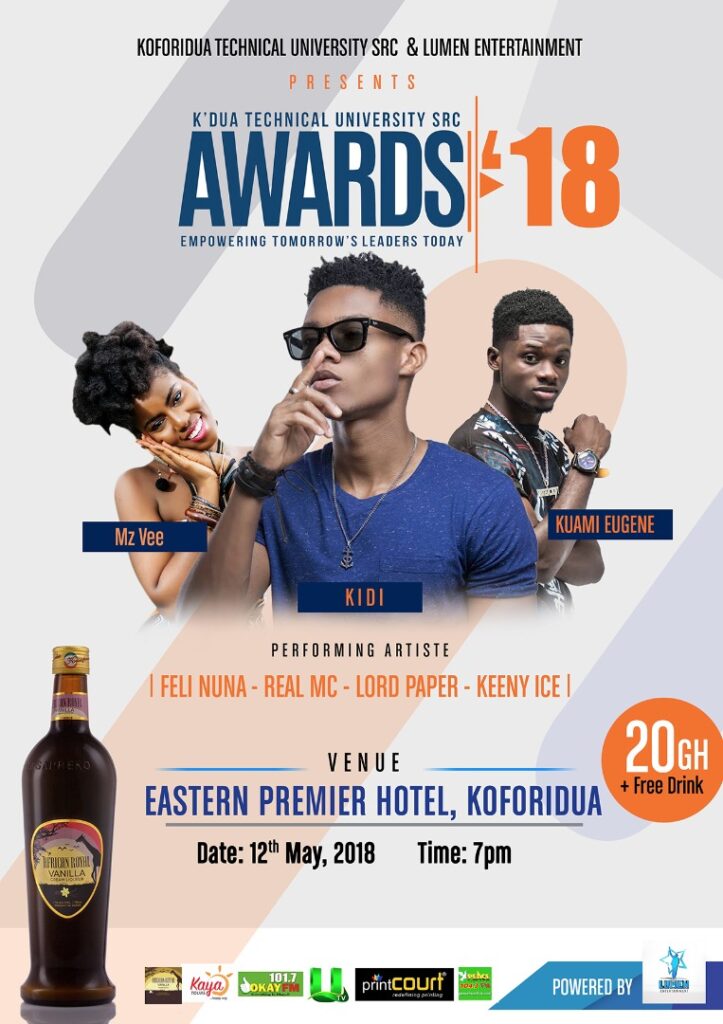 The 3rd edition of the Koforidua Technical University SRC Awards is here and as it has been over the successive years, the awards event which has been characterised with rewarding excellence will also see a number of top musical performances from a number of Ghanaian music stars.

Dominating music charts and taking the country by storm, the trio from Lynx Entertainment, Come And See My Moda hit maker MzVee, Confusion hit maker Kuami Eugene and Odo hit maker Kidi will headline much anticipated event which holds on May 12, 2018.

Running with the theme, Empowering Tomorrow’s Leaders Today, the event which holds at the Eastern Premier Hotel is scheduled to start at exactly 7pm and it’s expected to be the best awards event held in the history of the University.

With much enthusiasm and anticipation building up, the question remains who wins what at the 3rd edition of the Koforidua Technical University SRC Awards powered by Lumen Entertainment with sponsorship from Kasapreko Company Limited.

Tickets are selling at only GHC20.