My Contract With Rockstar and Sony Music Crippled My Career – TicTac 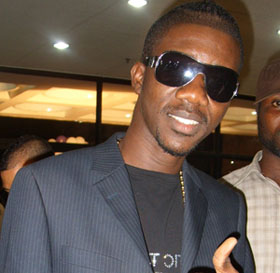 Unlike many foreign musicians who would jump into very strategic contracts and enjoy the benefits all throughout their lives, award-winning hiplife musician Nana Kwaku Okyere Duah aka Tic Tac has made a rather shocking revelation about his contract with Rockstar and Sony Music.

During an interview with NY DJ after a week of being celebrated on Kapital Radio’s stand out programme “Celebrating Our Stars” which seeks to celebrate Ghanaian musicians who have had a great impact in the entertainment circus , Tic Tac who is currently enjoying massive airplay with his latest street anthem Pum pum which features Edem disclosed although he might have had ups and downs with his career, the one thing that broke the camel’s back was his contract with Rockstar and Sony Music.

Explaining why the contract has rather been a pain in the neck, Tic Tac disclosed although the deal at the time seemed a breakthrough for him and his career after he had moved on from Goodies Production, he later realized the company did not have enough structures to support him especially as he was based in Ghana and had to travel to South Africa most often.

I thought it was a great thing but that was basically to cripple us because the Rockstar & Sony music deal in Ghana is not working. Our country rep (Ruddy Kwakye) has not helped although make it happen.

He further lamented that the country representative for Rockstar and Sony Music, Ruddy Kwakye did not do enough as no offices were established to facilitate business transactions between both signatories to the contract.