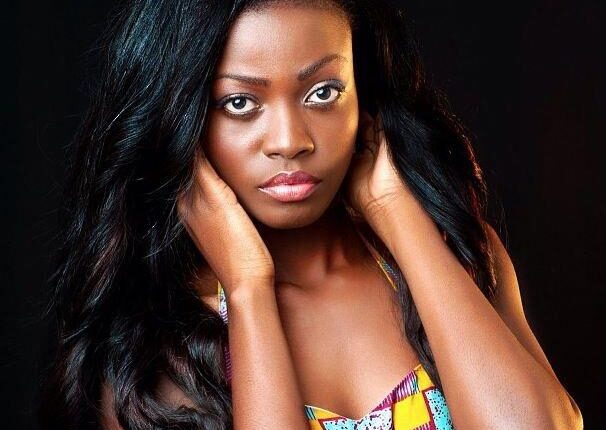 Call it divine intervention or whatever you wish but Miss World Africa 2013 Caranzer Naa Okailey Shooter calls her missed trip to Haiti last week, together with other Miss World beauty queens, as a blessing in disguise and she can’t be grateful enough to God for that act of grace.

Ms Shooter, who finished third at the recently held Miss World Pageant 2013, was scheduled to travel to Haiti as part of a programme for the Miss World winning team.

She, however, reluctantly opted out to write an exam. Little did she know that the decision would spare her the ordeal of being trapped in a collapsed building.

The official website of Miss World Organisation has reported that the current Miss World, Meagan Young, 23, and Julia Morley,74, Chairperson of the Miss World pageant were involved in an accident when a delegation from the Miss World organisation visited an orphanage in Port Au Prince, Haiti as part of their humanitarian commitments.

While on their rounds, the dilapidated building of the orphanage collapsed and the Miss World entourage were trapped.

Fortunately, Ms Young suffered minor injuries with only cuts and bruises. Julia Morley, however, suffered a major fracture on her hip and was immediately rushed to Miami in the United States for surgery. A pupil named only as Jonathan was also injured but was treated in a local hospital.

In a chat with Showbiz last Saturday, Ms Shooter described herself as lucky to have missed that trip.

“I don’t know how Ghanaians and my family would have taken the news if I had been involved in that accident. I’m grateful to God that no lives were lost.

“I was devastated when I heard the news because I couldn’t imagine the life threatening situation they found themselves in. They were there to help the underprivileged, so it was quite worrying that something like that happened to them.

“I know God saved them because they were there on a good mission. From what I was told, the situation could have been worse. There is no denying the fact that God’s mighty hands were at work,” she stated.

She said though she was yet to talk to the two women, she had received e-mails that suggested everything was under control.

She appealed to Ghanaians to join her pray for the fast recovery of Julian Morley who underwent a hip surgery after the accident.

Meanwhile, in a report on the official website of the Miss World Organisation, the current Miss World, Meagan Young also admitted that it was a frightening event for her.

“It was such a scary situation for me. We went into the orphanage hoping for a good day. I was happy that day and the children we were with seemed so full of energy and joy. We get onto this second floor platform, and weren’t even there for a minute and we hear a crack and everybody falls through.”

“It was a real eye opener and just shows how much work needs to be done in Haiti. I want to go back and continue with the work that we have started, and make sure nothing like this can happen again.”

My Contract With Rockstar and Sony Music Crippled My Career – TicTac