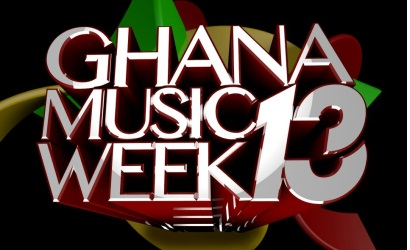 After several bickering among industry players and the Ghanaian public wanting to know the exact figures used by the Musicians Union Ghana during the recently held Ghana Music Week, the Union has officially released a statement which includes the exact amount used and how they were expended.

A press release made available to www.nydjlive.com reads,

We acknowledge that communication has not been exactly good after the GMW, nonetheless, as a new event brand that relied highly on corporate sponsorship, we had to wait for full confirmation of the sponsorship as well as confirmed invoices  from suppliers before an official Financial Report on GMW 2013 was finalized for general consumption.

Find below unedited release from MUSIGA.

NB: Under this part, it is worth knowing that there is a limit to which information about agreements signed with corporate sponsors can be laid in the public domain. That notwithstanding, every MUSIGA member in good membership-standing has the right as per our constitution to access any information they may need ONLY through the right channels (The General Secretary and Treasurer).

Also, considering that, the union is yet to receive over 75% of the funds from corporate sponsors; and that quite a number of suppliers are yet to be paid; a full financial report will be released as at when final settlements are made.

Funds generated directly from Ghana Music Week totaled Ghs 528,500.00. This amount however, includes a receivable of Ghs 408,000.00 from key Sponsors.

Also out of The Government of Ghana allocation of GHC2million an amount GHC 540,000 was used to support the event.

As a prudent measure, full cost has been reported though not all expenses have been fully settled.

MUSIGA however explains the Financial Statement was prepared from the information, documents and explanations made available by the Treasurer and Finance Office, Event Planning committee, other sub committees, Musiga National Executive Committee, Event Consultants and Marketing Agency.

The release has become necessary at this time to clear the air on a number of issues in the media, suggesting that some members of the Union have been demanding answers, including Financial Report on Ghana Music Week; even though we are yet to complete one to be filed for anyone who may want to use it.

Ghanaian gets world attention in ‘Spartacus’