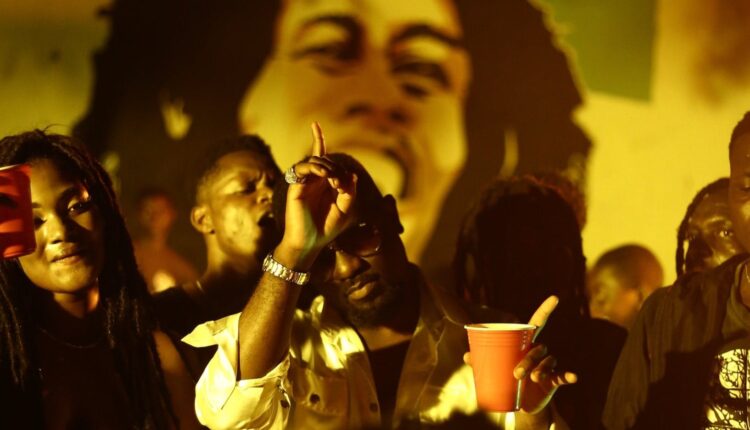 Track: Stir it Up

“Someone bigger than Jay-Z” — does this phrase ring a bell? My social media timelines were inundated with the phrase when news broke that Ghanaian artiste Sarkodie would be featured on a remake of Bob Marley and the Wailers’ ‘Stir it Up’.

Most fans of Sarkodie (including other music lovers) thought the feature would be on his ‘No Pressure’ album which was released in 2021 – but no. His ‘Jamz’ album also dropped a few months ago and “someone bigger than Jay Z” could still not be found.

Then to the chagrin of his foes and to the surprise of most music fans, the ‘Landlord’ gets featured on a 1967 song by Bob Marley and the Wailers. This is obviously an enviable feat by Sarkodie, for the Ghanaian music industry at large. The last time Ghana chalked such a milestone in its music industry was when Ghanaian dancehall artist Shatta Wale got featured on ‘Already’, a song on Beyoncé’s ‘Lion King: The Gift’ album, released in 2019.

Already, a lot of music lovers and aficionados are having a bite of this new project by Bob Marley and the Wailers, and Ghana’s rap giant Sarkodie.

Now, my review of the classic project.

The song was re-produced by one of Ghana’s finest beatmakers, MOGBeatz. In fact, Possigee had already disclosed this in his interview with Kobby Kyei.

For MOGBeatz to give a refreshing vibe to such a vintage record tells the loftiness of his craft. Unlike what Sarkodie and Samini did on ‘Love Rocks’, a quintessential reggae joint, MOG literally stirs the song up with a drop of hip hop.

The usual reggae strum of the rhythm guitar is faded in this new song and the pulsating baseline of the original song is rather watered-down in the newer version, to absorb the hip-hop simulation of the reggae record. The song is done in Key A Major, with a 2/4 time signature — the same as the original.

While the kick in the original is simply one crotchet in a bar preceded by a crotchet rest (one drop), the remake offers a bit of variation. It is two quavers and a rest (of crochet) in a bar. Intermittently, after a number of bars, the kick even rattles into smaller notes, atypical of a reggae song.

The hard kicks together with the prominent snare effects give the song a hip-hop feel.

‘Stir it Up’ is a love song Bob Marley wrote for his wife Rita Marley, a year after they got married.

“It’s been a long, long time, yeah. Since I’ve got you on my mind. Now you are here, I said

It’s so clear to see what we could do, baby.

Just me and you,” Bob Marley sings in the original ‘Stir it Up’.

The 3:30 song starts with the chorus, Sarkodie comes in with one verse (lasting 55 seconds), and then the chorus is repeated. The first two verses of Bob Marley’s original composition follow and the music fades with the chorus.

Adept at the use of words to create imagery, Sarkodie paints the love picture with sensual hues to reflect his emotions. He sticks to the theme of the original song and fantasises about all the sweet things he would love to do with his babe.

Trust Sarkodie to do justice to a song that originally has words like “stir it up”, “your pot” “I’ll push the wood”. To some people, these words in the original song, amplify its sexual suggestiveness.

There is no gainsaying that Sarkodie is one of the best (if not the best) rappers in Africa. He has proven his mettle through his craft for the past years.

Sarkodie’s approach to rap makes it evident that he understands not just the art of music but the science of it as well.

In one of his interviews about his delivery on ‘Happy Day’ which features Kuami Eugene, Sarkodie said there was a reason he didn’t litter it with his rap but “allowed the song to breathe.” He did the same thing on this version of ‘Stir it Up’. He knows when to stir it up and when to drop a bar.

Come on and stir it up, little darlin’, stir it up” – the chorus of the original ‘Stir it Up’ serves as a bed for Sarkodie’s rap verses.

He is able to perfectly lay his bars on it, without getting the song unnecessarily littered.

Did Sarkodie rap in English on ‘Stir it Up’?

When the 20 seconds teaser leaked online, I saw a lot of people complaining that Sarkodie should have done the rap in English. Does it really matter? Well, it matters sometimes and I am sure Sarkodie got the memo and served it hot.

People are going to enjoy music regardless of the language in which it is done. They are always going to defend it with the “music is a universal language” cliche.

But it is also an incontrovertible fact that people RELATE to music BETTER if they understand the message. Songs don’t merely entertain. They also inform, educate and inspire. So for people interested in what is being talked about in a song and how well-knitted the lyrical content is, they need to understand the language to appreciate that. For example, someone who does not understand Twi would wonder: “what did Sarkodie add to Bob Marley’s love ‘vibes’ we’ve heard already? What did he ‘say’?”

Language wouldn’t automatically guarantee you a hit but it is one of the factors that could determine how well your song would be accepted, appreciated and analysed. Recently, videos of some American YouTubers reacting to Lyrical Joe’s rap popped up and observed with glee, how much they were enamoured of the Ghanaian rapper’s works. They could not have done that reaction or breakdown if they didn’t understand the language Lyrical Joe used. Sarkodie is a rapper who works more with words and rhythm. Any music analysis of this new international project would be limited to just his flow and the producers’ work if he did everything in Twi. Assessing what largely makes him a rapper – his words would probably be a problem for most music lovers in that case.

To prove that he still wanted to project his Ghanaian heritage (Twi) and also appeal to an international audience, he rapped in his usual Twi but dunked in some English lines. This is not the first time Sarkodie is deploying this hybrid strategy though. He knows the market he is targeting and would do what would make him win the hearts of new fans while keeping his culture alive.

Bob Marley, a global music icon, did his songs (including ‘Stir it Up’) in English – the most widely spoken language in the world. If one wants to communicate with the world through music, there is no denying that using the language that is spoken by about 1.5 billion in the world (English) is the best bet.

Congratulations to Sarkodie and his supreme dream team on this project.