Miley Cyrus Congratulates Herself on her VMA Twerking Stunt 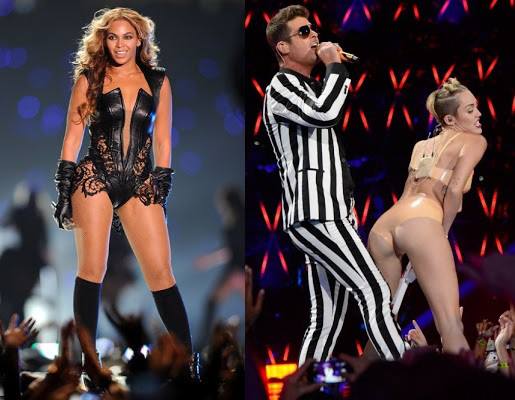 Miley Cyrus sees nothing wrong with recent stunts at the MTV Music Video Awards as she’s been busy congratulating herself on Twitter for her weird “inappropriate” twerking performance at the 2013 MTV Video Music Awards on Sunday night.

She however compared her stunt with Beyonce’s Superbowl performance.

Referencing the 268,000 Tweets per minute record set by Beyonce’s Superbowl performance, Miley Tweeted that her VMA performance had generated more than that with the hastag #fact