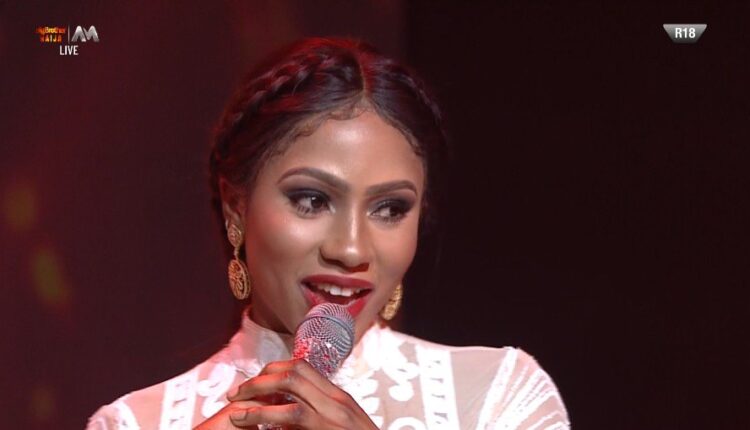 After 99 days of top-notch peppery entertainment, a winner has been crowned at the BBNaija Pepper Dem Season.

Queen of Highlights, Lamborghini Mercy has won the Big Brother Naija Pepper Dem Season Four. The first female ever to achieve this feat carted away a cash prize of 30 million Naira and prizes worth 30 million Naira.

Mercy is the first  female winner of BBNaija.

For being the Housemate with the best overall time in the Bet9ja Arena Games, Mike won for himself two million Naira.

The first Housemate to leave the Big Brother Naija House was Seyi and following in his wake was Omashola. Frodd was the third to walk out of the House leaving Mercy and Mike to contend for the prize.

Stepping on stage for a chat with Ebuka, Seyi spoke about his feelings for Tacha, saying they are just friends. He also revealed his desire to help Nigeria now that he is out of the House. All the best Sucre Papito.

Expressing his happiness, Omashola let it out that there was no hope for him and Venita. Diary Sessions for him was a way to speak his mind and he looked forward to them. On his stolen Bet9ja Coins, Omashola revealed that he was aware Ike was the Coin bandit. When asked about his plans outside the House, he told Ebuka he doesn’t know what his plans are yet. Whoever wins had his blessing. Pheew! What an interview.

Overwhelmed by emotions, Frodd told Ebuka they were big plans for him and Esther. He is also thinking of pursuing a career as an MC and he tipped us to expect more from him in terms of fashion.

26-year-old Mercy Eke is a video vixen and businesswoman based in Lagos. She loves cooking, swimming, travelling and dancing.

No matter the setbacks, Mercy always picks herself up and does her best. “I’m grateful for each and every day. Being alive today is already the highest point of my life”.

When she’s not dancing, singing or rapping, Mercy makes time to enjoy her favourite food: white rice and pepper soup. If she had a million dollars in her account, would Sugar still be in the BB Naija game?

“Yes, I would. I want the fame. The popularity is very important for my business”.