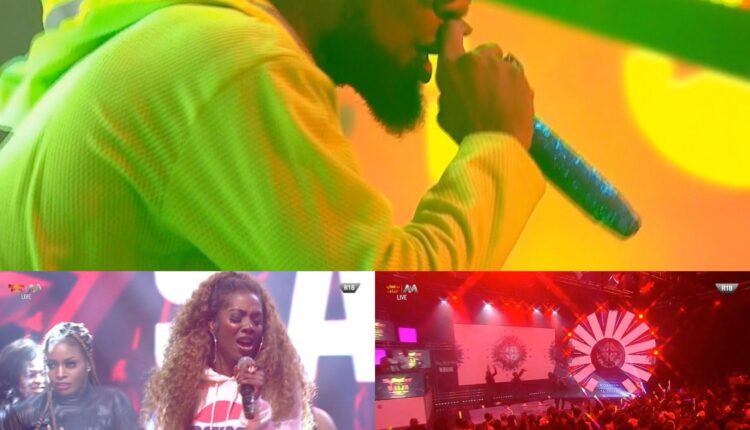 After 99 days of top-notch peppery entertainment, The Big Brother Naija Pepper Dem Season came to an end with performances from an all-star cast.

Tiwa Savage, MI and Patoraking graced the stage at the Finale of the Pepper Dem Season and delivered pulsating performances.

Watch performances from below as every single artist brought something explosive to the Stage.

Finale: A Savage Performance From Tiwa

Tiwa Savage gave it to us hot hot on the stage of the Big Brother Naija finale with her performances of ’49-99’ and ‘Lova Lova’.

Making a grand entry on the Big Brother Naija Stage, Patoranking performed ‘Suh Different’ and ‘Love you die’ to usher in this season’s finale.