Yawa!! Mario Balotelli dumped by girlfriend for offering her to Real Madrid players for free sex 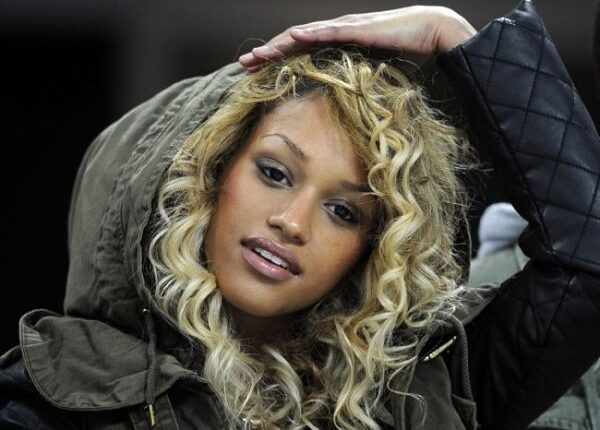 According to reports by the UK Sun, Mario Balotelli has been dumped by his girlfriend Fanny Neguesha — just days after he said the entire Real Madrid team could sleep with her.

Model Fanny, 22, moved out of the footie bad boy’s mansion in Italy following blazing rows over his joke remark and partying.

AC Milan star Balotelli, 22, said the players — who include Cristiano Ronaldo — could have sex with Fanny if they managed to go through after losing the first leg of the Champions League semi-final 4-1 to Borussia Dortmund.

The ex-Man City ace said: “If Real Madrid make it to the Champions League final, I will let my girlfriend sleep with all their players.” He later denied saying it.

The Spanish giants didn’t quite make it — losing 4-3 on aggregate after Tuesday’s 2-0 second leg win.

Belgian Fanny is also furious at madcap Balo’s unlikely friendship with kickboxer Giorgio Petrosyan. Pals say the striker is distraught at Fanny’s walkout — but has cheered himself up by buying a £200,000 Ferrari F450.

A source said: “This was a major bust-up and could spell the end for Mario and Fanny.

“He’s been consoling himself the only way he knows how — through retail therapy — and gone out and bought himself a brand new Ferrari.”

Earlier this year Balo revealed his love for Fanny, telling a magazine: “In a short time she found herself in sync with me. I could spend my whole life with someone like this.”

Last year he split from TV presenter Raffaella Fico, 25, even though she was pregnant with their daughter Pia.