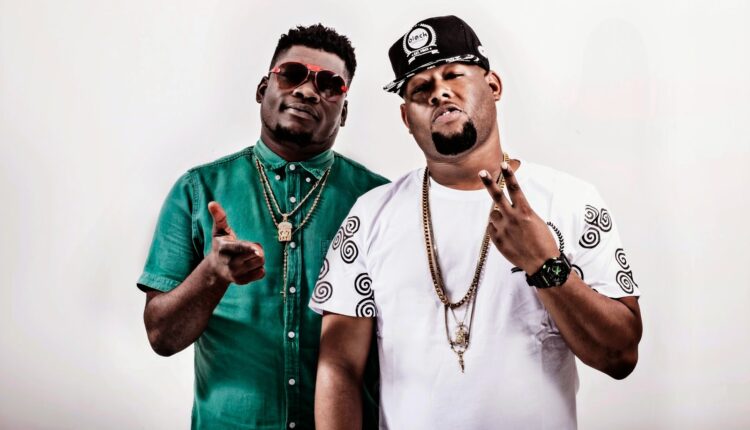 On several occasions, Ghanian advertisers have used intellectual properties of musicians to promote their products without due diligence or without seeking permission from right authorities and that is the exact situation Kingdom Herbal finds itself.

The company which recently used D-Black and Castro’s hit banger “Seihor” in a new TV Ad will be soon be made to face the law according to a press release issued by Black Avenue Muzik.

This is not the first time an artist is making this move as I remember Wanlov D Kubolor taking on a government office for intellectual property theft.

Calls made to the offices of Kingdom Herbal by the management team of Castro and D-Black proved futile till a visit was made by Castro’s manager and biological brother ‘Kwame Tagoe’ and D-Black’s road manager ‘Francis Clottey’.

After reaching the director of the firm Mr. Jonathan Amofa, who promised to call and resolve the issue in a few days with them. The next day, the outfit tried to outsmart them by removing ‘Seihor’ In the edit of the tv commercial and replaced the song with a foreign one on all the tv stations airing the commercial.

The next phone call made to him upon seeing this had him retort ‘Hey we have removed the song , what do you want from us again? You don’t have any proof’.

Little did they know that the original advert had already been recorded.

The tv commercial sees the use of the ‘still missing’ Castro’s song ‘Seihor’ and the duplication of the dance moves with his crew in the ‘Seihor’ music video which was recorded and produced at D-Black’s Black Avenue Muzik studios by DJ Breezy.

Legal action is set to be taken in the coming days against Kingdom Herbal Ltd.

We split because I felt pressured to marry – Jason Derulo speaks