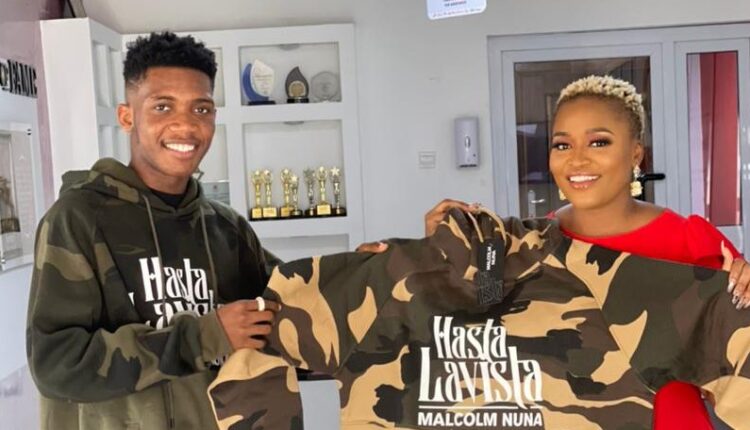 Sensational Ghanaian rookie act, Malcolm Nuna has eclipsed a decade-long record previously held by Nigerian icon Starboy Wizkid for “the most patronized West African song within the first week of release by a teenager”.

Wizkid’s ‘Holla at your boy’ classic, off the crooner’s critically-acclaimed debut studio album Superstar, set the benchmark for teenage music acts after going on to amass an estimated download and Youtube- streaming record exceeding 124,000 within the first week of release in January 2010.

Perhaps more impressively, Wizkid’s record was set before the advent of streaming platforms and streamlined distribution channels. It is fair to add that experts speculate that Holla at Your Boy by Wizkid could have peaked at over 1.2m streams within the first week of release in today’s more digitally-inclined world.

But 18-year-old Ghanaian music prodigy Malcolm Nuna may not care about knocking the renowned Nigerian Pop legend off one of his less-celebrated feats.

Nuna’s debut hit single Money Man claimed the record after achieving over 150,000 within the first 3 days of release. The exploit has not only cemented the starlet’s reputation as one of Africa’s brightest young talents in showbiz but seems to have clearly lived up to the hype after months of anticipation.

Young Nuna is perhaps one of the very few African artistes still celebrating steady positives amid the COVID crisis. After first signing a record deal with Alkians Entertainment, the novice is now being mentioned in the same breath with legends such as Starboy Wizkid.

Could the Ghanaian starlet go on to have a career like the Nigerian legend? Time will tell but soo far so good…

Your Beefs Are More Engaging Than Your Music, Are You A Butcher? – Zapp Mallet Shades Artists