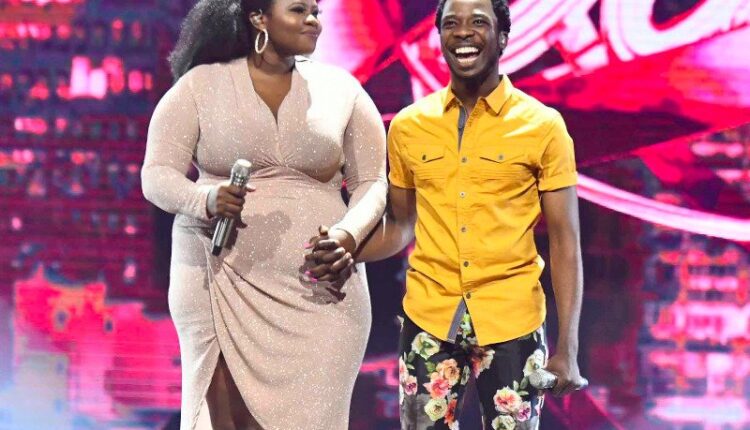 It all started with several thousands of dreams and nine months later, it has all boiled down to one dream come true for Luyolo Yiba, our Season 15 winner!

In a tightly-contested competition, Yiba was named the winner of the 15th  season of Idols in a star-studded finale held at the Big Top Arena, Carnival City in Ekurhuleni, with KwaZulu-Natal’s Sneziey Msomi the runner-up.

The 24-year-old software developer from King William’s Town auditioned in Cape Town, and week after week captured the imagination of Idols fans as the dark horse who progressed to be a true contender for the title, ultimately emerging victorious.

Yiba has won a recording deal from Gallo Records, and also becomes an instant millionaire, with R1 MILLION in cash and a Ford Fiesta, among other prizes from our sponsors, Telkom, Ford, Old Mutual, Truworths and Yamaha.

Asked by Proverb how he felt about making it to the finale, he said “I feel great, I really appreciate the spot I’ve been put in.”

The Idols finale was a spectacular affair that saw all the stops pulled out to showcase this year’s talent and the exceptional star quality of 2019’s Top 2 in particular. Sneziey and Luyolo’s performances reminded us, once again, why they made it this far, with Yiba doing justice to John Legend’s ‘Green Light’ once again, accompanied by the  Mzansi Gay Choir, while Msomi performed  Sipho “Hotstix” Mabuse’s, ‘Burnout’ with applomb.

The two also performed a duet, ‘You are the Reason ‘ by Leona Lewis  and Calum Scott. Yiba and Msomi were also re-united with some of our earlier contestants and together they delivered a powerful message of unity in SA as they performed John Legend’s  Preach.

The moment we all held our breath as the #IdolsSA winner was announced! Congrats once again to #IdolsLuyolo and hats off to #IdolsSneziey for a spectacular run as well!

Also taking to the stage to support our Top 2 as guest artists were some of SA’s hottest acts, who set the stage on fire with their biggest hits of the season. The audience could not get enough of DJ Zinhle, Samthing Soweto, Boity, Vusi Nova, Sho Majozi and Season 14, Idols SA winner, Yanga who gave us MIGHTY vocals with her hit, ‘Promised Land’

Of course, there were plenty of light moments, one of them being the announcement of that other coveted accolade – The Wooden Mic. This year’s dubious award went to Beatrice from Cape Town, who had tried her best to sing the 2010 World Cup anthem by Shakira, Waka Waka.

In the words of Idols executive producer and presenter, Proverb, displayed courage and resilience.

For Yiba, who’s encore for the Idols Season 15 finale was his debut single, ‘Sunshine Through the Rain’, this is the start of a brave new journey as Season 16’s VICTOR.