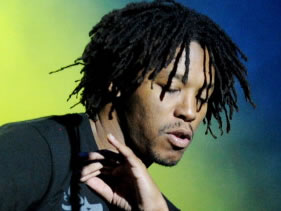 A concert goer at Lupe Fiasco’s recent show threw a glow stick at the rapper’s face. Lupe then proceeded to briefly stop the show and explain to the offender that he had four black belts in martial arts and was more than willing to take him on face to face backstage.

The perpetrator didn’t take up Lupe’s offer though and the show continued.