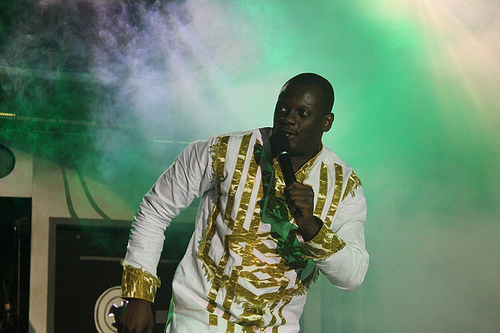 The Chief Executive Officer (CEO) of Charterhouse, Theresa Ayoade has revealed how the concept of the Ghana Music Awards was birthed from the banter between two great artists at the time.

In an interview with Rev. Erskine on the Y Leaderboard Series, she disclosed that at a time when she had resigned from her job at Joy FM and joined her husband at his company, Multiple Concepts, her husband was able to create the concept of the music awards by observing musicians Lord Kenya and Akyeame argue over who was the most popular in the country.

She recounted, “My husband had set up a company called Multiple Concept at that time. By then he was organizing a TV program called Agoro. He was already producing that TV show which was already popular and they were travelling around the country. The platform allowed artistes to perform so most of the time when an artiste released any music, they will always appear on Agoro as part of the promotional tour.

On one of such programs, he had Lord Kenya and Akyeame; they were the biggest artistes at that time. And he said they were arguing backstage about who was the most popular and that they should watch for who will receive the most fans. He was watching all these banter going on so when he came back home, he said ‘I think I have an idea. I saw these guys arguing backstage and I think Ghana is ready for a music awards that will allow the fans to determine who is the most popular’. That’s how the idea for Ghana Music Awards began”.

The Ghana Music Awards is a festival of Music and Entertainment organized by Charterhouse that honours and appreciates musicians and other music industry players who released work(s) that generated the most public excitement within the calendar year under review. The awards scheme has been held for the past twenty years.