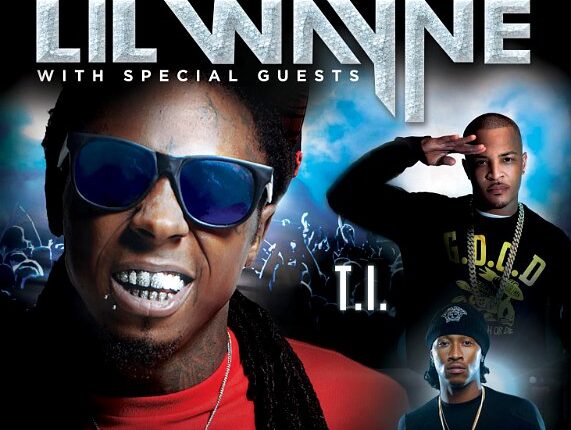 Just three days after he first announced that he would go on a U.S. tour dubbed as “America’s Most Wanted Music Festival” with Atlanta rappers T.I. and Future, Young Money mogul Lil Wayne reveals the much-awaited dates of his two-month tour. The trek is intended to support the 30-year-old rap star’s forthcoming new album “I Am Not a Human Being II” set to be released Tuesday, March 26.

The rap trio will kick off their live performances on the road at Birmingham’s Oak Mountain Amphitheater on July 7. The 40-date tour will bring the three across different U.S. states before it concludes on September 1 at the Verizon Wireless Amphitheater in Irvine, California.

News of the new tour was broken by Wayne in a short clip with Grand Hustle mogul T.I. where the New Orleans rapper addressed his fans’ concerns over his recent health scare of multiple seizures and hospitalization and thanked them for their support and prayers. That same day, Weezy released his new “Rich as F*ck” music video with fellow rap superstar 2 Chainz.