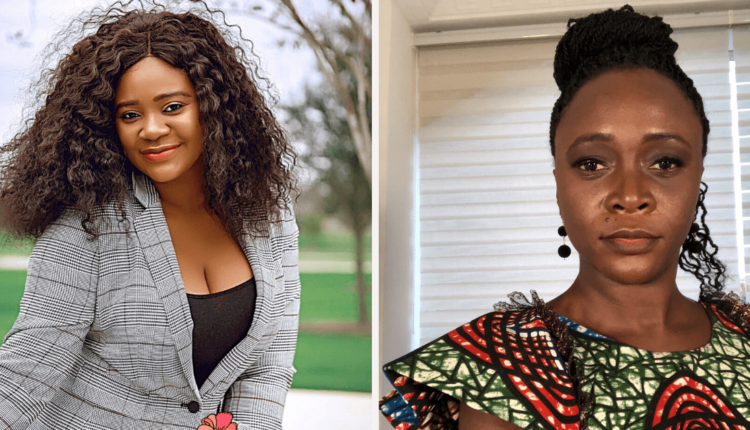 Ghanaian filmmaker, Leila Djansi has through her lawyers ordered actress Kafui Danku to immediately render an unqualified apology as well as withdraw all defamatory statements the latter made against her on social media.

According to the US-based filmmaker, Mrs Danku on her Facebook page made derogatory comments against her brand which has tarnished her reputation.

“I might as well make the whole community aware that you’re Dangerous! If anybody has warned you to be careful of Leila Djansi, believe them!,” Kafui’s post on her Facebook stated.

Read the statement from below;

DEMAND FOR RETRACTION OF DEFAMATORY WORDS

We act as Solicitors for and on behalf of Leila Djansi and write pursuant to her instructions.

It is our Client’s instruction that on the 21st day of July 2020, you caused to be published on your Facebook wall some defamatory words targeted at the character of our Client.

Our Client further instructs that the said words to wit “I might as well make the whole community aware that you are DANGEROUS…If anybody has warned you to be careful of Leila Djansi, believe them!” were falsely and maliciously calculated to lower our Client in the estimation of right-thinking members of society generally and to tarnish her hard-earned reputation.

It is our Client’s further instruction that although you issued an apology on your Facebook wall on the 22nd of July, 2020 which was accepted by our Client, same was deleted shortly after it was issued. Furthermore, notwithstanding the said apology, the damage to our Client’s reputation had already been occasioned as the said defamatory words had been widely circulated by various media outlets and blogs.

Consequently, our Client demands that you cause the retraction of the said words from all third party media outlets and blogs which have published same and also cause the said apology to be published and circulated particularly on your Facebook wall with the same prominence as was given the defamatory words, by the close of business on the 23rd of July, 2020.

Our Client further demands that the publication of the said apology on your Facebook wall should remain for no less than seven(7) days from the date of publication. Should you fail to do so, our Client will be compelled to pursue appropriate remedies without further notice to you.