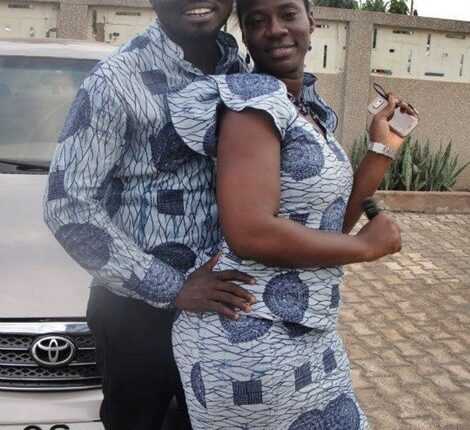 The damning revelations about the wife (Amakie) of the late Fennec Okyere, former manager of Ghanaian artist Kwaw Kese are just shocking and may not end soon as the Member of Parliament (MP) for Ablekuma West, Ursula Owusu Ekuful, has revealed that the murdered artiste manager, Fennec Okyere had sleepless nights over his marriage with Amakie.

In a tribute to the late manager at the funeral service, Ursula Owusu read to the hearing of all gathered how she advised Fennec to move on after her wife left him two months into their marriage but could not.

“I grieve and mourn too because I know how much you were hurt and the sleepless nights you had because of the way your marriage turned out …Two months after you got married, your wife left the matrimonial home and never returned. You shed countless tears, pleaded, begged and cajoled her to return to no avail. I say this with a lot of pain for I know how it hurt you,” Ursula noted: “You just loved her as Christ loved the church, wept and all, but it wasn’t reciprocated. We kept telling you to move on, but you wouldn’t, you couldn’t and kept hoping. I know you are at peace now and no one can hurt you again. SE ASA! I promise to love and care for your son.”

It must be noted that, Amakie was prevented by family members from participating in the funeral services held last Saturday but the widow has promised to organize another funeral service for her late husband.

The two were not divorced prior to the death. Despite all these accusations, Amakie is yet to open up to the media to narrate her side of the story.

The very question on the lips of many is why Amakie would leave her matrimonial home just two months after their wedding? I think there is more to this than what we all think as the dead is always justified especially in our part of the world.

Another Record!! Beyonce is highest-paid black artist of all time