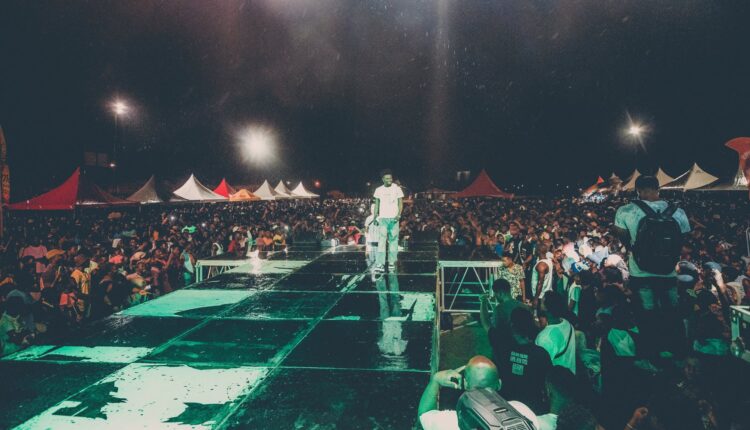 The headline act, Kuami Eugene was not the only one to receive the baptism of heavenly rain but the thousands of fans who gathered at the Fadama Park on May 3.

Eid Mubarak in the densely populated community is never complete without a Kuami Eugene mega performance.

As expected, the night of SallaFest 2022 saw the 2020 VGMA ‘Artiste of the Year’ exhibit remarkable showmanship laced with parallel energy.

As host, Kuami Eugene rocked for over three hours as he entertained the mammoth crowd and introduced guest artists as well.

At the later part of the highly entertaining three-hour set, the heavens spoke and rain poured down gracefully to bless all who had gathered.

In spite of the rain, the joyous crowd continued to jam with Kuami Eugene and his guests till the organizers called it a day despite fans yearning for more.