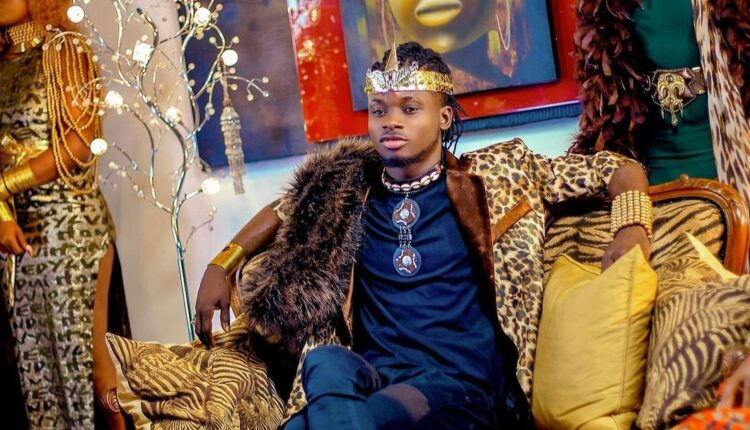 Reigning VGMA Artiste of the Year, Kuami  Eugene took Ghanaians by surprise when he dropped some amazing bars on the remix of Otan Hunu, a drip song originally performed by Dead Peepol and Rich Kent.

His performance on the song which has been widely acclaimed as the best got many wondering when the singer mastered the art of rap.

Well, we sought to find out just to satisfy our curiosity.

Speaking to NY DJ in an exclusive interview on Y102.5FM in Kumasi,  Kuami Eugene, who recently released a  14-track album, Son of Africa revealed he used to rap and sing during his secondary school days until he decided to pay particular attention to singing.

He explained why he used to rap.

“I used to rap way back in Senior High School.  I became a rapper because enough attention wasn’t given to singing. It was more of rappers like Sarkodie, Yaa Pono, Dadie Opanka, D Cryme etc dominating and that’s why I channelled my energies into rapping but I grew up to realize I had to take my singing serious. I think I express myself more as a singer,” Kuami Eugene said.

Asked if he could have been a much better rapper and a fierce competition to other rappers had he kept the pace, Kuami Eugene responded saying;

Ever since bursting unto the Ghanaian music scene, Kuami Eugene has continuously mastered the art of winning the hearts of several households across the world.

He has been nominated in and won several awards including the prestigious artist of the year at the 2020 Vodafone Ghana Music Awards.

Another One! Akwaboah Ready With Remix Of ‘Face To Face’ With His Dad