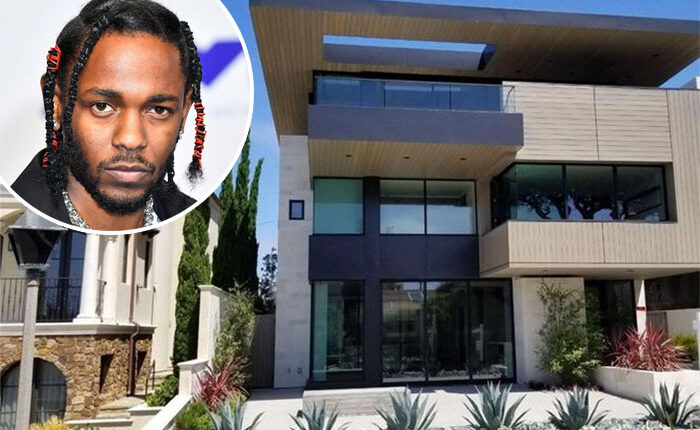 Kendrick Lamar and his family are on the move.

The new dad, who  welcomed a daughter  with his fiancée Whitney Alford in July, has purchased a $10 million mansion in Manhattan Beach, Calif.

According to  Variety, he paid just over $9.7 million for the contemporary home in an off-market deal. The 13-time Grammy winner was previously renting a house in the posh seaside city of Manhattan Beach before settling down.

The three-story, 5,350-square-foot residence has four bedrooms and seven full bathrooms and sits in the tightly-packed beach neighborhood. While it’s not oceanfront, the house boasts sunset water views from the spacious open-air balcony on the top floor. There is also a three-car garage and a small front yard.

The Compton MC also owns a home in the Riverside County city of Eastvale, located an hour’s drive east of Los Angeles. In late 2017, he paid $2.65 million for a guard-gated residence in Calabasas, Calif., where his mother, younger sister, and several additional family members currently live.