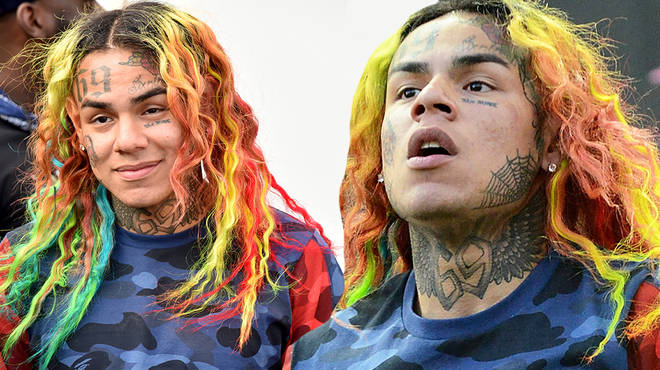 One day after 6ix9ine  began testifying  against his former Nine Trey Gangsta Bloods, audio of the rapper’s testimony has surfaced online.

In the leaked clip, Tekashi can be heard telling the court that he’s 23 years old. He also mentions his aliases, including Tekashi and Tekashi69. He says that he agreed to plead guilty to “violent crimes, shootings, and drug distribution” as part of his cooperation with the feds which occurred on Nov. 19, “the day after we was taken down.”

During his second day of testimony, he claims the Nine Trey Bloods delivered a beatdown on Trippie. Tekashi testified he and Trippie were on the same label and collaborated, but there was a lot of jealousy between the two that led to online disputes and even physical violence.

6ix9ine says he told his former manager,  Kifano “Shotti” Jordan, that he wanted to target Trippie. Shotti then helped orchestrate an attack on the “Topanga” rapper at his hotel, while Tekashi waited inside the vehicle. Tekashi said defendant Anthony “Harv” Ellison punched Trippie in the mouth. Harv became 6ix9ine’s bodyguard from that point on.

As part of his testimony, Tekashi also revealed the monetary structure of his relationship with the Nine Trey Bloods. He says he would book shows and appearances and the gang would give him at least half. For example, if he made $250,000, they would give him $185,000 and keep the rest.

Tekashi was facing a minimum of 47 years in prison, but he will likely receive a reduced sentence in return for his cooperation.