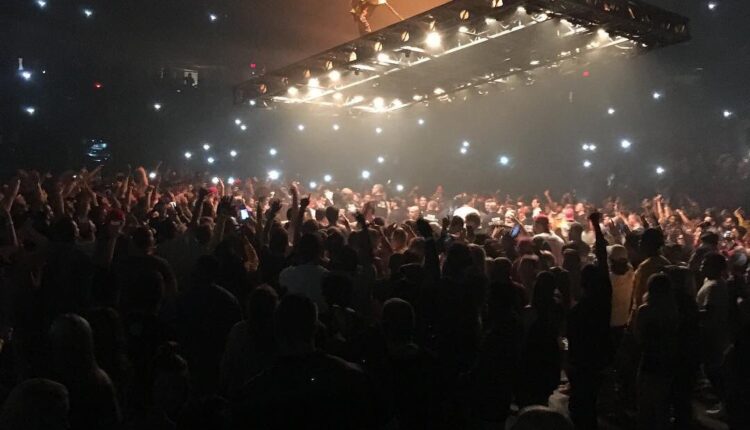 Kanye West will do anything to grab all the attention and this world and kicking off his Saint Pablo tour in Indianapolis with Travis Scott Thursday (August 25) was no different as the musician gave the fans more than asked for.

As attendees piled into Banker Life, Fieldhouse they were taken back by all the open space and the lack of traditional stage. Instead, there was a pulley system which helped keep the floating stage stable as Mr. West performed.