Kanye West Accuses Drake of Threatening Him And His Family 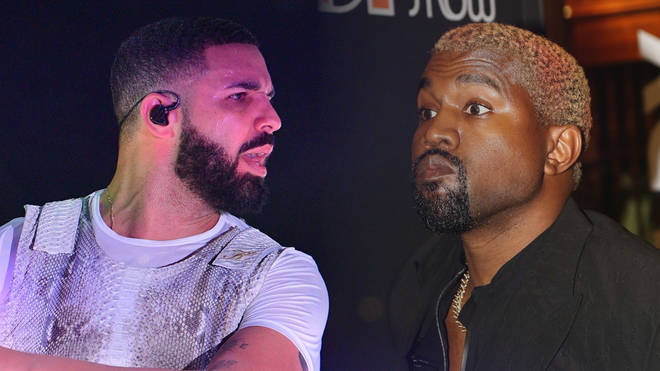 Seems like Kanye West is not done calling out Drake.

After slamming the “Nice For What” rapper on Thursday afternoon for taking underhanded shots at him, Kanye later accused Drake of threatening and bullying him.

“Drake called trying to threaten [sic] me,” read Yeezy’s first tweet, which was followed by, “The kid he had run on stage at Pushas concert is in critical condition. Since the pool line he’s been trying to poke at me and f**k with me. So drake if anything happens to me or anyone from my family you are the first suspect   So cut the tough talk.”

Kanye further continued with a slew of tweets, some in which he referenced Pusha T’s Toronto show last month that ended in a brawl, leaving one man in critical condition after he was stabbed. Repeating what he had tweeted earlier in the day, West accused Drake of ignoring him, as well as sending him purple devil emojis when the rapper would talk about his mental health issues. He also seemingly tried to accuse Drake of being the one responsible for the fight.

“There would never be a drake without a Kanye west so never come out your mouth with a threat,” he tweeted. “You trying to be a bully. I never been bullied in my life and I never will be.  That’s why I made it this far in a pink polo. You pick on people with mental health issues.”

It didn’t stop there, as Kanye implored Drake to stop the bullying and just speak to him. “Drake this is what they want,” he wrote. “You would be so sad if anything ever happened to me.”

“Leave me and my family alone bro,” the father of three continued. “.This year has been really tough and you have added to the confusion. I’m Ye bro. Remember that   I love you   I would never intentionally hurt you     That’s what I’ve been saying to you.”

Kanye and Drake have been involved in an on-going feud all year. In September, Kim Kardashian’s husband last took to Instagram to slam Drake regarding rumors that the 32-year-old rapper had an affair with Kardashian West — which she quickly shut down.

Kanye later apologized to the Canadian rapper, saying, “Sending good energy and love to Drake and family and crew. I haven’t seen the show in person but the images look incredible online. I understand where the confusion started.”

Linda Ikeji Narrates How She Ended Up A Proud Single Mom

Nominees For Ghana National Gospel Music Awards 19 To Be Announced On Dec. 30