Justin Bieber Signs Up For Trip To Space 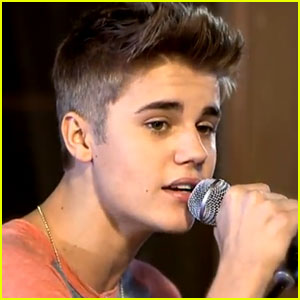 He’s often tagged an alien perhaps because of his antics and similarly, his fans say he’s out of this world.

It therefore comes as no surprise that Justin Bieber is the latest star “who is set to literally mingle with the stars as he’s signed up for a trip to space”.

The news was made known by Sir Richard Branson who in tweet from his official account said;

Great to hear @justinbieber & @scooterbraun are latest @virgingalactic future astronauts. Congrats, see you up there!

The 19-year-old and his manager Scooter Braun have now been warmly welcomed to the Virgin Galactic programme by Sir Richard Branson, who publicly announced the two would be flying way above the earth.

The announcement online was the latest addition of stars, who include Ashton Kutcher and Leonardo DiCaprio, who have paid the $250,0000 deposit fee to get priority for the flights when the program becomes available.

The hefty price is no issue for Justin who’s net worth is estimated at $110 million, thanks to the success of songs such as Baby and the adulation of millions of fans – known as Beliebers.

The Virgin Galactic programme might not be flying just yet, but the 600 astronauts who are part of the program are in an elite group.

Offering up attractions on earth, there will be plenty of interesting opportunities as the date becomes closer.

Justin might enjoy the G-force training, watching test flights in the Mojave Desert and many more prospects.

In February, he told his 40 million Twitter followers, ‘I wanna do a concert in space.’ To which NASA replied, ‘Maybe we can help you with that.’

Virgin’s SpaceShipTwo went through its first supersonic, rocket-powered flight test in California in April, and it’s expected to begin commercial operations at Spaceport America in New Mexico as early as next year.

Facebook, Google and other internet giants leak information to US Government