Journalism is a profession and must be respected – Lovin Cee 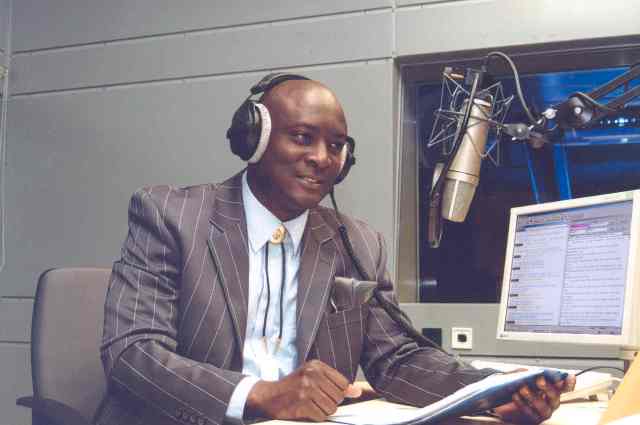 Ace Ghanaian broadcaster and former editor for the English Department as well as former anchor for the Current Affairs programme NEWSLINK for Deutsche Welle, William des Bordes widely known as Lovin’ Cee has asked media practitioners and owners of media houses to see journalism as a profession and treat the work as such as it entails more than the listener expects.

As the world celebrated “Press Day” on Friday May 3rd, Lovin Cee in an interview with www.nydjlive.com said it was necessary the freedom of the media is respected as its contribution to the development and peace of the nation is enormous and also serves as the fourth of Government.

Rating the current performance of the Ghanaian media at 65%, Lovin Cee believed more could be done. He said, there still exist some loop holes which are yet to tackled. Touching on the loop holes, he talked of the inability of government owned media houses to deliver perhaps because of their affiliations despite the freedom of the press.

He laid emphasis on the need to pass the Broadcast Law and Right to Information Bill which are all lying idle in parliament.

Lovin Cee who until recently was the drive time host of Fox Fm in Kumasi also laid the unprofessional and dwindling status of the Ghanaian media at the doorsteps of owners of media houses who seem to involve themselves in the daily business of their platforms despite having no or little idea about to profession.

Most media personalities are paid meager salaries and are not well taken care of and as a result are influenced by individuals thereby causing false reportage citing the 2012 December elections amongst others.

Talking on the way forward, Lovin Cee asked the Ghana Media Commission to execute its functions well and clamp down on the recent insurgence of many radio schools which churn out individuals who do not even get employment in most media houses. He also asked the Ghana Journalists Association to possibly organize refresher courses and if possible, make it mandatory for each media practitioner to be a member of the GJA.

Best Way To Your Write Your Resume (Without Adding A Page)