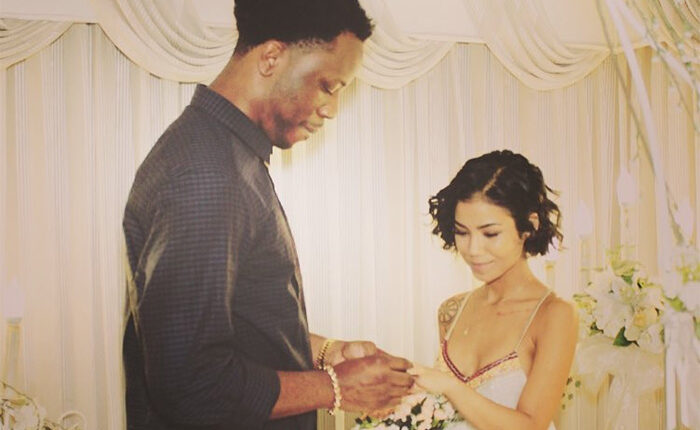 Jhené Aiko is a married woman.

Amidst ongoing rumors, the “Bed Peace” singer and producer Dot Da Genius have confirmed their union.

In honor of Aiko’s 28th birthday, Genius, real name Oladipo Omishore, shared a photo of the couple at what appears to be an altar. Aiko is dressed in white, holding flowers, while he puts a ring on her finger.

“Happy Birthday to my gorgeous wife. Happy to be on this quest w/ you!!!” he captioned the pic.

Happy Birthday to my gorgeous wife. Happy to be on this quest w/ you!!!

There had been rumors that the couple secretly tied the knot, but this photo is the first evidence of an actual wedding ceremony. Genius, one half of the Kid Cudi duo WZRD, has previously referred to Aiko as his wife, dating from a tweet all the way back in December 2014.

Aiko has a seven-year-old daughter, Namiko Love, from a previous relationship with Omarion’s brother, O’Ryan.

Congrats to the couple!