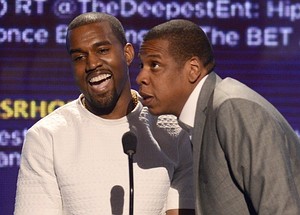 Jay-Z’s new album won’t go platinum before its July 4 launch, nor is it guaranteed to debut atop the Billboard charts. You know you’re doing well as an artist when that’s considered a controversy.

Billboard announced earlier today that the 1 million copies of Jay-Z’s Magna Carta Holy Grail purchased by Samsung won’t count toward its chart totals. The reasoning: the technology giant will be distributing the album to owners of its handsets for free. Therefore, no actual sales will take place. If Jay-Z and Samsung had charged at least $3.49 for the album, the publication explained, the sales would have registered.

Jay-Z made his thoughts known on the topic long before a decision was rendered, tweeting: “If 1 Million records gets SOLD and billboard doesnt report it, did it happen? Ha. #newrules #magnacartaholygrail Platinum!!!”

In the end, however, the brouhaha obscures one of the more remarkable realities in recent musical memory: Jay-Z is essentially getting paid to leak his own album. And one need only compare the launches of Magna Carta and Yeezus to understand how important that is.

Kanye’s album leaked, and so will Jay-Z’s. His Samsung deal guarantees it. Within minutes of Magna Carta hitting 1 million handsets, it’ll be recorded, uploaded and passed around the internet. The difference: Jay-Z’s leak happened on purpose, and he’s getting paid $5 million for it.

As I explained in my book Empire State of Mind, Jay-Z has always managed to stay one step ahead of his peers when it comes to business matters, and it’ll be no different when it comes to his new album.

The method of delivery may be unusual, but he’s assuring Magna Carta will be heard by hordes of listeners–and that he’ll be well-compensated for it. At the end of the day, it doesn’t really matter whether or not this counts toward his chart totals.

As for Kanye West? Now he’s got a commercial blueprint to use for his next album.

Read!! How Brain Training Can Make You Significantly Smarter