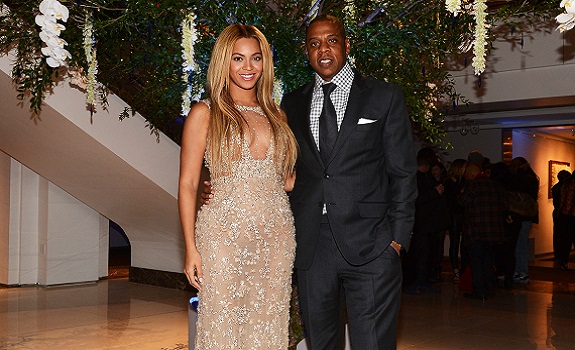 Beyoncé Knowles and Jay-Z are apparently now worth $1 billion with combined assets.

It’s no secret that the couple keeps themselves busy by taking on one project after the other. With Beyoncé’s Mrs. Carter world tour currently underway, plus her new H&M and Pepsi campaigns, Queen B herself recently made well over $116 million, according to Vogue UK. She also adds onto her current income with profits from old hits and previous movie roles, such as “Dream Girls” and “The Fighting Temptations.”

Jay-Z has his hand in multiple enterprises, such as his Rocawear clothing line, in addition to being a co-founder of Roc Nation, co- owner of the 40/40 club chain, owning shares in the Brooklyn Nets, and not to mention his latest move–launching Roc Nation sports. “Can you pay my bills?” yes Beyoncé, he sure can.

Let’s not forget the couple’s record sales–Jay-Z is reported to have sold over 50 million albums globally while his wife has earned 17 Grammy Awards, selling over 75 million albums worldwide. All of that made them Forbes‘s highest paid couple in 2012.

Congratulations, Roman Abramovich, On The Most Expensive Baby Delivery Ever

Vybz Kartel’s book The Voice of the Jamaican Ghetto to be taught in the University?